We often talk about celebrities and their married life. Today, we have brought similar news about someone you are quite familiar with, if you are a Survivor fan. It is not really about the contestants but about the host Jeff Probst. Jeff is happily married to his wife Lisa Ann Russell despite the fact that this is his second marriage.

Jeff was previously married to his first wife Shelly Wright. Although Jeff has been divorced once, his current married life is going pretty well. Keep reading to get the details:

Jeff and Lisa Ann Russell dated quite a while before they turned their love affair into a wedding. They tied the knot on 5th December 2011 in a private wedding ceremony. 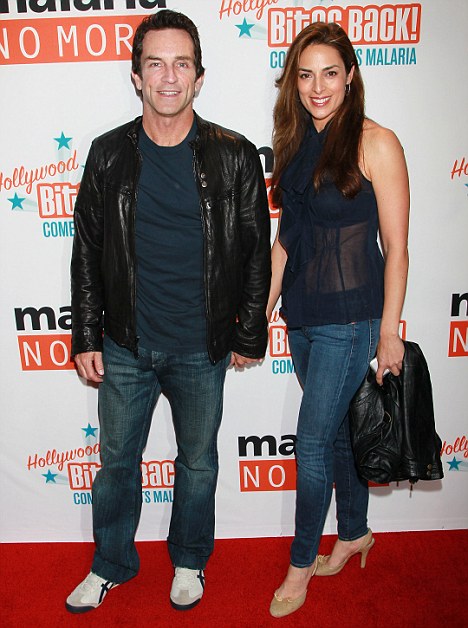 They exchanged vows in front of their family and close friends in their Los Angeles house.

As of now, the pair has been together for almost nine years but they have shown no signs of separation or divorce. However, they don’t have any children of their own.

Considering the level of understanding between Jeff and Lisa, it seems like they do not intend to have any more kids as they already share the custody of Lisa’s two children from her former husband Mark-Paul Gosselaar. Jeff and Lisa’s relationship shocked a lot of people in the beginning because it had only been two months since Mark-Paul filed for divorce, but she attended Creative Arts Emmys with Jeff.

It is not just Lisa who had been married in the past. Jeff was formerly married to his first wife Shelley Wright, who is a psychotherapist by profession. They got hitched in 1996 but their marriage could barely move beyond 2001. They didn’t have any children together.

The couple’s married life was quite low-key. They did not disclose much about their conjugal life and even did not reveal the reason behind the separation.

Whatever the past might have been for both Jeff Probst and Lisa Ann Russell, it feels great to know that they are handling their present really well. We feel good to reveal that their married life is moving forward without any dispute.