Getting married might be simple but staying in the marital relationship forever is not as simple as it looks. Some people only can enjoy a happy married life after some unsuccessful relationship. Same is the case with the famous television personality James Van Der Beek who after going through a divorce with his first wife Heather McComb, is finally enjoying a blissful married life with Kimberly Brook.

James Van Der Beek is a renowned American actor who gave a notable role of Dawson Leery in the popular WB series Dawson's Creek while his current wife Kimberly Brook is a business consultant. They are one of the favorite couples from the United States. These two love birds are parents of four lovely children.

Let's get inside the personal life of James and squeeze out all the details about his love affair, married life, and divorce process. Just stay with us.

Prior to getting engaged with his current wife Kimberly Brook, the 40-year-old actor James Van Der Beek was married to a gorgeous American actress Heather McComb.

The couple reportedly first met in 1988 and eventually started dating. After four years of dating, they held their engagement and finally got married on 5 July 2003.

Unfortunately, their marital relationship didn't last forever and the couple split as James filed for divorce on 20 November 2009. Their divorce was finalized on 31 March 2010 and enforced on 3 June 2010.

James had to pay $7,750 per month to his ex-wife Heather McComb in spousal support until December 2012. The reason behind their divorce was revealed as James already had an extramarital affair with his current wife Kimberly Brook.

After the divorce, Heather McComb never got engaged to any men again while James continued his affair with Kimberly.

After months of dating, James tied the knot with Kimberly on 1 August 2010. You might not know but Kim was already pregnant when they got married.

Regarding their wedding and his beloved wife, James then said;

The woman I love did me the honor of becoming my wife today. I look forward to earning her for the rest of my life.

At the time, the couple was excepting their first child: a baby girl and James revealed that he was going to be a father through twitter, he wrote;

The woman I love and I are expecting our first child. Currently experiencing joy on levels I never knew existed. 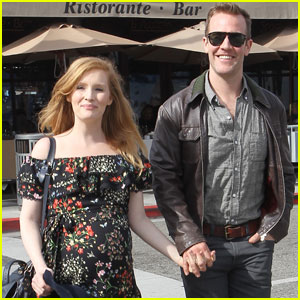 The couple eventually welcomed a baby daughter and they named her Emilia. Additionally, these two love birds are blessed with other three children: two daughters and a son. 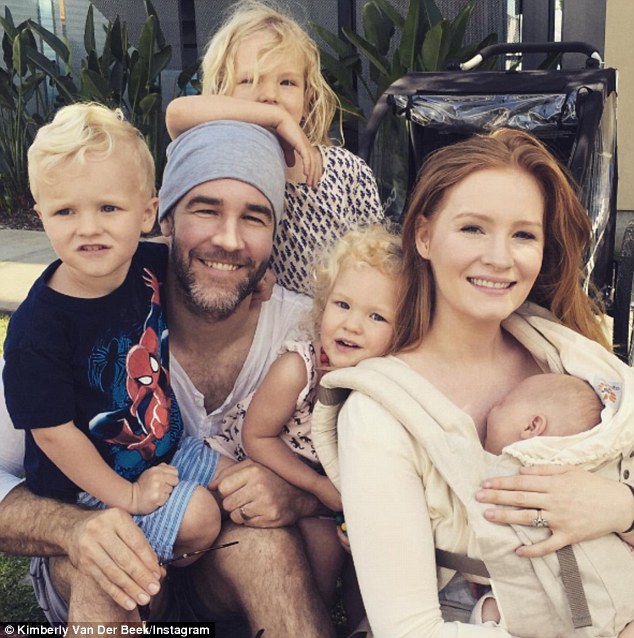 The perfect family of six is living happily together, we wish all of them all the very best for their future.