Frostsnow https://frostsnow.com/
Home Gossip Jaimie Alexander Breaks Up With Boyfriend, Who Is She Dating Currently? Her Affairs And Relationship

Jaimie Alexander Breaks Up With Boyfriend, Who Is She Dating Currently? Her Affairs And Relationship Jaimie Alexander aka Jessi in Kylie XY is no more fiancee of Peter Facinelli as they publicly ended their engagement.

Well, the raven-haired beauty is just 33, and she still has time to choose a man of her dream. If you want to know who is Alexander currently dating, scroll down the article.

Jaimie failed to save her relationship with Peter as this gorgeous couple couldn't make it work for long. And now Jaime Alexander has moved on with yet another American actor Will Forte who is ex-husband of January  Jones just a few months after calling it officially quits with Peter. The reason behind Jaimie's split with her ex-fiance was their family issues and work commitments.

However, for now, the new couple, who is none other that Jaimie and Fortey have been dating for a couple of months since their meeting at an NYC premiere. Talking about their relationship, a source said that the new romantic couples "are not serious yet " rather they are simply having fun.

Though they say they aren't serious regarding their relationship, the recent Instagram post of Jaimie has removed the curiosity and doubts of media and her other fan followers.

Well, it definitely tells something.

Jaimie Alexander And Her Dating History

How can one not talk about Airon Armstrong (stunt performer) when it is about Jaimie Alexander and her love life and boyfriends. This  33- years old actress was once spotted holding her new beau hand in public with a mesmerizing smile on her face. 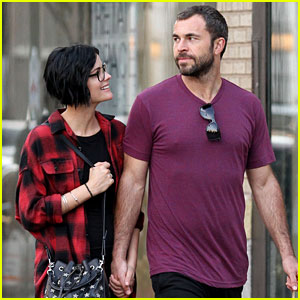 Before dating Airon Armstrong, Jaimie's love affair was publicly known to be with Milo Ventimiglia (American Actor) although they tried their best not to speak regarding their relationship. The guy who is seven years older than Jaimie began dating her in JANUARY, 2010. However, their relationship didn't last and Jaimie ended up giving her heart for Airon Armstrong.

As of now, Jamie is in a relationship with Will FORTE. Well, let's see how long the duo sustains their relationship.

Do you think Jaimie and Will's hot new fling will go to distance? You can give your opinions below!