Frostsnow https://frostsnow.com/
Home News Jaime King Takes a Stroll for the First Time Since Shocking Attack in Car that Harmed Son Inside Jaime King is trying to move on from the incident that a man -  identified as Paul Francis Floyd, 47 - jumped onto the White Chicks star's Mercedes-Benz car and smashed its windows while her son James Knight Newman, 4, was inside it in Beverly Hills.

The actress, 38, went out for a stroll and she still looked scared as she was photographed for the first time since Wednesday's tragic incident. 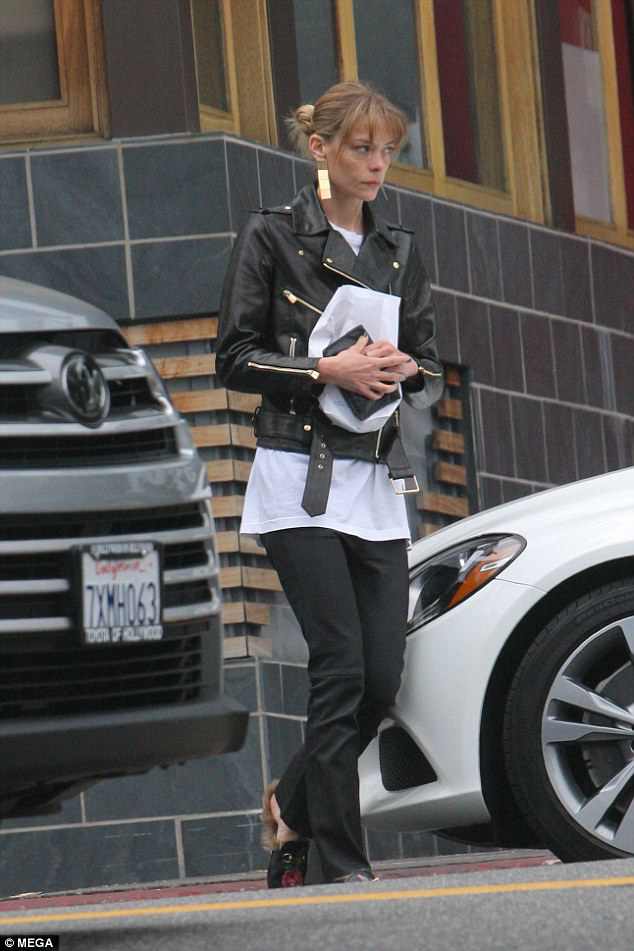 The boy was secured in the back seat and was shaken and injured by broken glass showered on him during the attack.

She donned black pants and a matching leather jacket over a white T-shirt and black slacks as the mother of two children - shares second son Leo Thames Newman, 2, with husband Kyle Newman - made stopped for a while at the pharmacy in a loner car.

It looked as if, Jaime also made a stop at Starbucks as she was carrying a beverage and snack and bag. Regarding the shocking Wednesday attack, Jaime released a statement on Thursday.

The attack was incredibly violent, and my four-year-old son was obviously the target of the individual's brutal attack, which is terrifying,

My brave friend Judit Balogh used her self-defense training to try and keep the individual from harming James Knight while glass was shattering on him, as the perpetrator jumped on the roof until it collapsed and kicked in windows trying to get to him,

He threw a bottle at her, hitting and assaulting her, but he couldn't catch her. Without her bravery and selflessness, I couldn't imagine the outcome,

The attacker is charged with misdemeanor battery, felony child endangerment, and two counts of felony vandalism.