Vice president of Trump Organizations, Ivanka Trump is the eldest daughter of the Republican presidential election winner of the Unites States, Donald Trump. The gorgeous lady is married to Jared Kushner who is a very successful businessman, a real estate developer. This amazing couple has been together as a husband and wife since 2009.

Ivanka met her man of her dreams, Kushner in 2007. During an interview with New York magazine, Ivanka said: “We met through mutual friends. We started dating pretty quickly after we met. It still felt like a slow process — a courtship, if you will.” This cute couple dated for two years and later decided to turn their love affair into a beautiful wedding. Trump and Kushner tied the knot in October 2009 at an auspicious wedding ceremony which was held at the Trump National Golf Club in New Jersey.

Ivanka has three amazing children with Kushner. Ivanka got the privilege to become a mother for the first time on 17th July 2011. She gave birth to a baby girl, whose name is Arabella Rose Kushner. Similarly, her second child is Joseph Frederick Kushner who was born on 14th October 2013. Recently, Ivanka gave birth to Kushner’s third child which was their second son on 14th 27th March 2016. This good name is Theodore James Kushner. 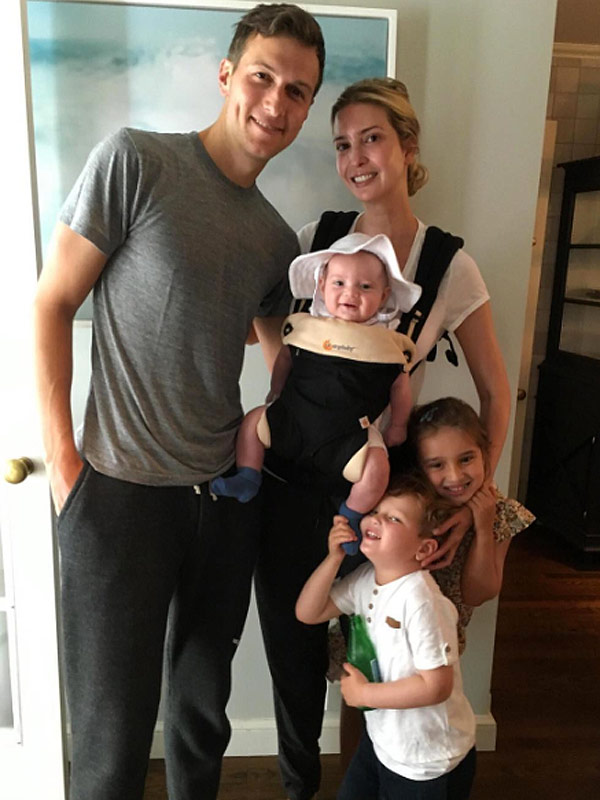 Image: Ivanka Trump with Jared Kushner and their three kids

Ivanka and Kushner’s relationship is going really well. They look perfectly good together. It has already been 7 amazing years of Ivanka and Kushner’s togetherness as a married couple. However, it seems like they have never encountered any serious issues. Ivanka has always been faithful towards her darling husband. Similarly, Kushner has also never cheated her. When asked about her husband, Ivanka says: “Jared is my best friend for many reasons, largely because I’ve allowed him to see who I truly am and he still loves me. I don’t feel like I have any defensive walls built up around me. He’s so kind as a human being, I look up to him. He’s a bit of a hero of mine. His ability to remain focused — he lacks an anxiety that’s natural for someone his age handed so much responsibility. Sometimes I catch myself looking at him and being thankful that I have grown to a level of personal maturity that I would value so much the qualities he has.”

Aren’t they so inspiring? There is no slight rumor of divorce between this amazing couple.

What do you think about Ivanka and Kushner’s relationship? Please leave a comment below.