Is Shepard Smith a gay? Find out his Married life and divorce rumours Shepard Smith is Fox News’ renowned anchor. He is best known for his show ‘Fox Report with Shepard Smith’ and ‘Shepard Smith Reporting’. Even though Smith’s professional life is so open, not many know about his love life. Let’s find out who this man is dating.

Smith was married to Virginia Donald in 1987. She was his University of Mississippi classmate. Despite it seemed like Smith and Donald’s relationship was going well to the outsiders, some things went wrong between them. They divorced in 1993. Neither Smith nor Donald spoke anything regarding the reason behind their separation. In 2011, Smith gained the 6th position on Out magazine’s 2011 annual list of the 50 most powerful gays and lesbians. The confusion here was that Smith had not accepted that he was gay publicly.

Smith has recently accepted that he is gay. He revealed about his sexual preference during an interview with Huffington Post. In 2014, Gawker reported that Smith wanted to come out publicly but he didn’t do so after he had some talks with Ailes. An insider revealed that it came at the time of contract negotiations. The insider further said, “This came up during contract negotiations. Shep wanted to and was ready to come out, and Roger just said 'no.'” Even though it seemed like Fox News CEO Roger Ailes stopped him from coming out but Smith denied it and said that Ailes was like a father to him. He said, “That's not true. He was as nice as he could be to me. I loved him like a father. I trusted him with my career and with - I trusted him and trusts were betrayed. People outside this company can’t know [how painful that betrayal was]. This place has its enemies, but inside, it was very personal, and very scarring and horrifying.” 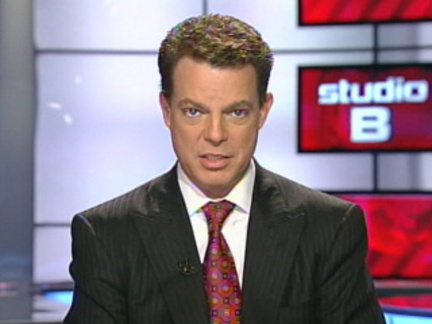 When reporter Andy Towle interviewed Smith, he asked if Ailes had ever made homophobic remarks when he was around. To this, Smith said, “No, never. He treated me with respect, just respect. I wasn’t new in the business when I came here ? I’d been doing reporting for 12 years ? but I wasn’t old in it either, and he gave me every opportunity in the world and he never asked anything of me but that we get it right, try to get it right every day. It was a very warm and loving and comfortable place.”

It seems like Smith finally feels relieved that he has opened up about his sexual preference. We hope better days are ahead of Shepard Smith in terms of his love life.

What do you guys think? Please leave your comments.