Frostsnow https://frostsnow.com/
Home Gossip Is Shawna Gordon still Single or Married? Who is she Currently Dating? Know about her Relationships

Is Shawna Gordon still Single or Married? Who is she Currently Dating? Know about her Relationships Celebrities and their affairs are something we get to hear time and again. However, a lot of them turn out to be nothing but rumors. This time around, we bring you the details of Shawna Gordon’s alleged affair and rumors surrounding it.

Shawna generated a lot of buzz at the beginning of 2017 for her alleged affair with the dashing actor Shemar Moore. According to TMZ, Shemar and Shawna were spotted together a couple of times, including while hanging out in downtown Los Angeles. 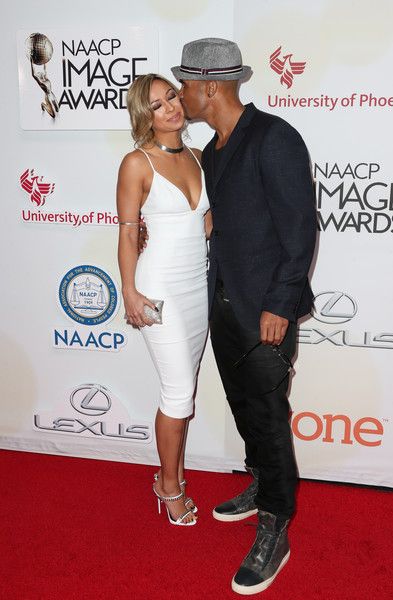 Even though Shawna and Shemar did not officially speak anything, Moore called her his 'girlfriend' in an interview. When asked about the female athlete with the best body, he said that it should be Shawna Gordon. He said:

‘My girlfriend Shawna Gordon because she’s a professional soccer player. If she stands up and turns around you might just faint’

Shemar Moore: "My girlfriend is the hottest woman In sports"

And not just that; Shemar has also planted a sweet kiss on Shawna's cheek in front of cameras. Further, they were spotted together during the Arsenal Football Club's event that took place in Los Angeles.

But Shawna Gordon and Shemar Moore' dating relationship has taken a mysterious turn in recent days as the pair are no longer seen together. In fact, Shemar seems to have left Shawna as he is said to be busy dating Real Housewives of Atlanta star Phaedra Parks.

SEE: Hollywood Actor Shemar Moore Net Worth And Lifestyle: All About His Professional Life

Well, if you are wondering what happened to Shawna, then you should know that the talented lady is super- duper busy with her job. Shawna’s relationship status appears to be single now, and it seems like she is not at all interested in having an affair or getting married at the moment.

He's the cutest, the end.

Also, Shawna seems to be quite close to a kid, based on her Instagram activities. The cute boy appears to be her sister’s son. Going by the affection, she has showered for the little one; we can say that she can be a great mom in the future.

We wish all the best for Shawna and hope that she finds the man of her dreams.