Frostsnow https://frostsnow.com/
Home Gossip Is Sal Vulcano In A Relationship? What About His Gay Boyfriend And Marriage Rumours?

Is Sal Vulcano In A Relationship? What About His Gay Boyfriend And Marriage Rumours?

The Impractical Joker’s Sal Vulcano is a very talented man who has the ability to make anyone laugh. He is very popular and has lots of lady fans from around the globe. But is Sal in a relationship? have there been any rumors regarding Vulcano's marriage?

Like his professional life, Sal Vulcano's personal life is also very much interesting.  Well, Vulcano is single and probably enjoying it. Apart from this, he has also been often speculated to be gay, with a boyfriend. Let’s find out whether Vulcano is really gay or not and also about the details about his gay boyfriend, marriage rumors and relationships. (if he had any). Just stay with us.

The 41-year-old comedy actor Sal Vulcano is kind of mystery when it comes to his personal life and relationships. He has not told the media about any of his past girlfriends. Neither has Vulcano been seen with any lady, so there are basically no rumors regarding his marriage.

Well, since he has never been spotted in public with any girl, he has also been conjectured to be gay and in a relationship with a boyfriend. However, Sal Vulcano has not directly addressed the rumors instead he tweeted talking about his wife. Let's see who is his wife.

Once, Sal Vulcano mentioned about having a wife on his Twitter. He tweeted "My wife told me to take her someplace she's never been I told her to try the kitchen bc we just finished remodeling a few minutes ago".

However, most of his followers thought that this was another joke cracked by hilarious Sal Vulcano. In fact, we believe that it was a joke too as Vulcano is more focused on his career at the moment than thinking about marriage.

Sal Vulcano accepted that he is gay but denied later

In 2014, Sal Vulcano came out of the closet and said that he is gay on his TV show. This acceptance, shook the media for a while as Vulcano had accepted it among his best friends and live audiences.

YouTube: Sal Vulcano Jokes about being a Gay to make James Murray accept his sexuality

It seems like Sal Vulcano is straight, as there is no strong evidence of him being a gay. We think that if Vulcano was gay, he would not hide it as he is a frank and forward person, and would have revealed the name of his boyfriend. 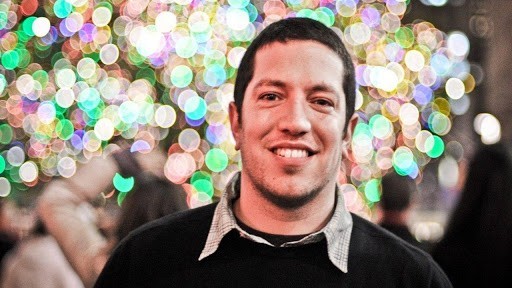 Salvatore Vulcano is a renowned stand-up comedian. He is also known by the name Ja’Crispy. He was born on 6th November 1976 in Staten Island, New York. Sal is a finance graduate from St. John’s University.

He is mostly known because of his show ‘The Tenderloin’ and Impractical Jokers, starring James Murray, Brian Quinn, and Joseph Gatto. He is the winner of the NBC’s comedy show, ‘It’s Your Show’. He won a grand prize of $100,000 then. This amazing comedian has a jaw-dropping net worth of $400,000.