Frostsnow https://frostsnow.com/
Home Gossip Is Rosie Pierri Single or Married? Know in Details About her Affairs and Relationship

Is Rosie Pierri Single or Married? Know in Details About her Affairs and Relationship

Rosie Pierri is an American reality TV personality best known for her appearance on the TV show The Real Housewives of New Jersey alongside Teresa Guidice, who is also her cousin. The younger sister of Kathy Wakile is famous for her harsh and strong external looks with a very bubbly and loving personality.

With over 170 thousand followers on her Instagram, Rosie is also an Instagram star and loves to share her life update on it. Before appearing on TV, she worked in a retail industry as a senior project manager.

My Sis @kathywakile does wonders and I'm not talking about the tree ..I'm talking abt my hair and face .You should have seen me before #ThankfulformySis

Rosie Pierri's sexuality. Coming out as a lesbian

Rosie Pierri is a proud lesbian and she came out about her sexuality to her mother during the mid 20's.

During an episode of her TV show, she talked about how hard it was for her to tell her mother about her sexuality. According to Rosie, during her high school, she had no time to link up with a girl or boy. She was very active in sports and also was the editor-in-chief of the school's yearbook.

She realized that she was attracted to girls when she turned 20. In the episode, she mentioned that she was confused and also scared because she was not supposed to feel that way.

However, when she came out as a lesbian, her family supported her and loved her for it.

Rosie Pierri's girlfriend? Who is she dating?

In 2014, during an episode of her show, she introduced her girlfriend, Ellen to her family and the audience.

In the episode, the two were spotted kissing each other in a very loving manner, and she also shared how Ellen has changed her life after meeting her at a bar. She shared that her new girlfriend inspired her and motivated her when she needed. Ellen, on the other hand, sat beside her proudly and hold hands. Rosie also quoted Ellen to be her friend and that was the most important thing for her. 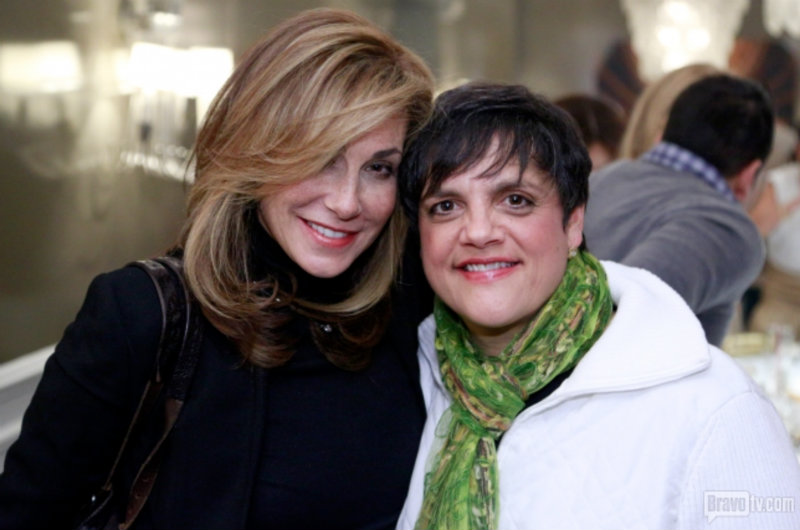 The two shared a loving kiss and the family seemed very excited and happy to see their new family member. Moreover, Kathy quoted that 'she has a new sister' as she leaned her head onto Ellen's shoulders.

Meanwhile, it is unknown if the two are still in a relationship, as Ellen isn't available on Rosie's Instagram and there are no mentions about her dating anyone. Moreover, she can also be found spending majority of her time with her niece and nephew.

Hopefully, everything is good between them, and they are still dating.