Marcus Samuelsson, born as Kassahun Tsegie is an Ethiopian born chef based in the United States. The Swedish Chef is one of the biggest names in the culinary world and currently serves as the head chef at Red Rooster. Marcus currently owns numerous restaurants like Marc Burger, C-House, Supper Club, etc.

Apart from being a chef, he is also a celebrity chef and has appeared in numerous TV shows like The Taste, Top Chef Master, and many others. Moreover, he also became the youngest chef to receive a three-star restaurant review from The New York Times back when he stepped into the culinary world professionally. In 1999, he received the James Beard Foundation Award under the category Rising Star Chef followed by the title of Best Chef in NYC in 2003. He can actually be compared to some top-notch celebrity chefs like Gordon Ramsay, Bobby Flay, Tyler Florence and many others.

An epic Memphis joyride with @theleebros for @gardenandgun Aug/Sept issue. VIEW my stories for a link to the full article. Thank you for the best time! Photo by @squirefox.

Today we are going to share with you some information regarding his marital life, their wedding ceremony, and his past relationships.

46-year-old chef Marcus is currently married to his Ethiopian wife Maya Haile, who is a model. Like Marcus, Maya was born in Ethiopia and raised in Europe.

The exact detail about how the pair met or when they started dating is unknown, but they got married to each other back in 2009. Their wedding took place at Addis Ababa in a very public and merry ceremony. 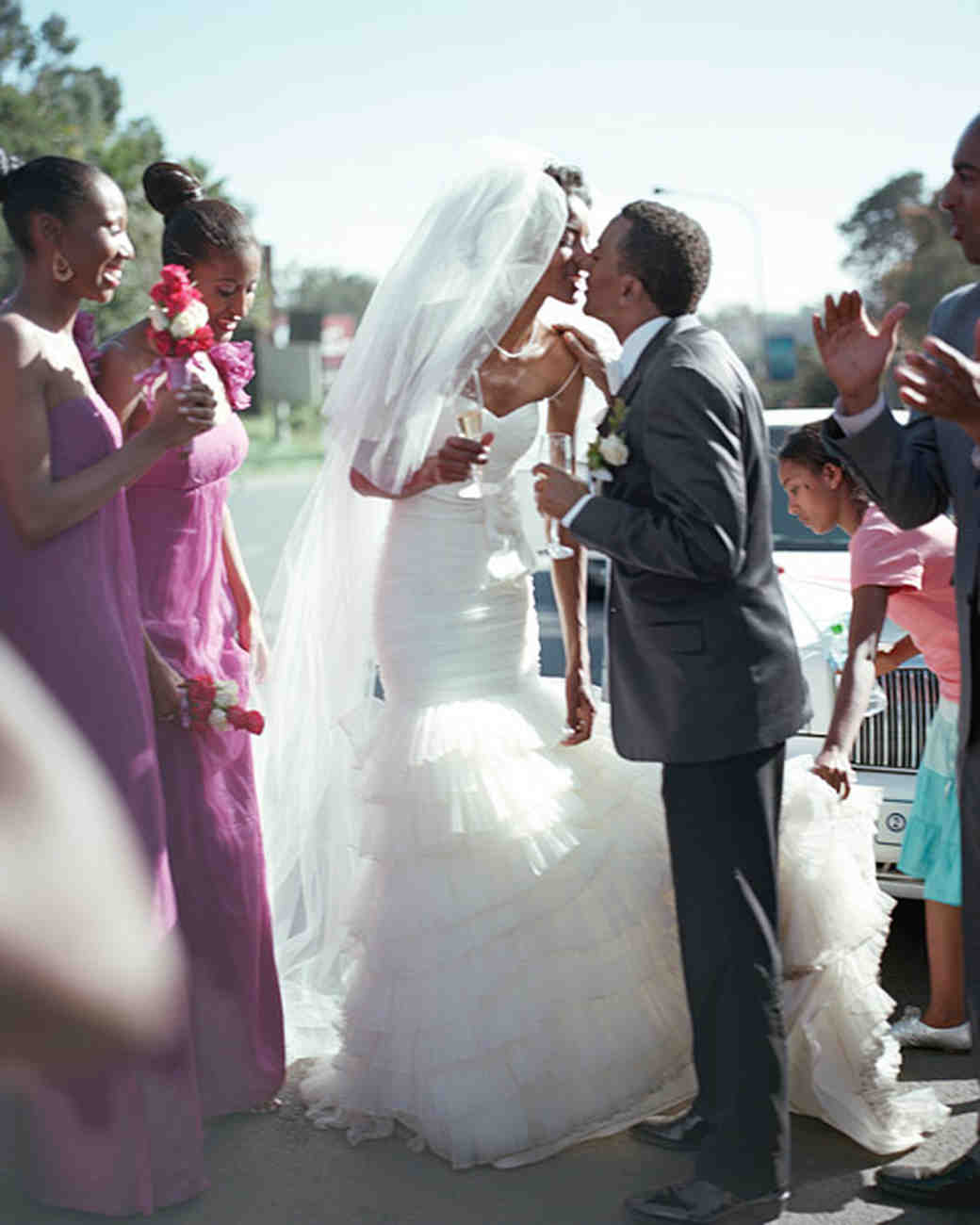 The roots of both of them are Ethiopian so, their wedding was also Ethiopian themed. The wedding was not only attended by their friends, family and loved ones but the locals of the village including the children and the elderly also attended the wedding.

Take a Closer Look At His Wedding

During the ceremony, Maya sported a gorgeous white sweetheart neckline gown which was flowy and puffy at the bottom and also featured a shoulder-length vale. She also carried a gorgeous bouquet of white roses, while her bridesmaids were dressed in lilac.

The couple has been married for the past nine years and currently reside in New York's Harlen close to Marcus' Red Rooster restaurant with their son Zion Mandela. Zion was born to the couple in the initial months of 2016, and Marcus introduced him to the public only after four months of his birth.

Marcus Samuelsson past relationships and affairs

Marcus, who has an estimated net worth of $5 million was extremely open about his marriage, and the happiness is reflected perfectly in his wedding photos. But when it comes to his past relationships, there is not much information. There are no reports of the chef previously being in a relationship with a woman or having an encounter with anyone.

Nonetheless, we hope that the couple is happy in their relationship, and we also wish them all the best in their career.

How old is Marcus Samuelsson?

Who is he married to and when?

He is married to his wife Maya Haile, a model by profession. They are married since 2009.