The 18-year old Lily Rose Melody Depp is a rising actress in Hollywood. She is not just a fashion plate, but also a renowned face in the runway. From actor to beauty trendsetter, Lily is a multitalented celebrity. She is the one who gave us the red carpet tux inspiration as well as the trend of #tbt.

Although Lily’s professional life is known by many, her personal life is not really highlighted. She prefers to keep it low-key. Her love life has been a  matter of interest to a lot of her fans, so without delay, we want to reveal it for you. She has been dating Ash Stymest for some time now. Read more to get the details:

Lily is determined to be a successful actress following the footsteps of her father Johnny Depp, a famous versatile actor. She has appeared in many films since 2014 in such early age. She has even won 2 awards for her acting.

Lily is so focused on her acting career that she even dropped out of her high school to fully concentrate and give her best in acting.

Vogues and virginias only @saraifiszel ??

Although she has over 3 million followers on Instagram, she has a hate-love relationship with social medias. She rarely posts any post related to her personal life.

The young actress has been spotted several times with British-model, Ash Stymest, who is also an actor and music producer. The pair started to date each other since the end of 2015. 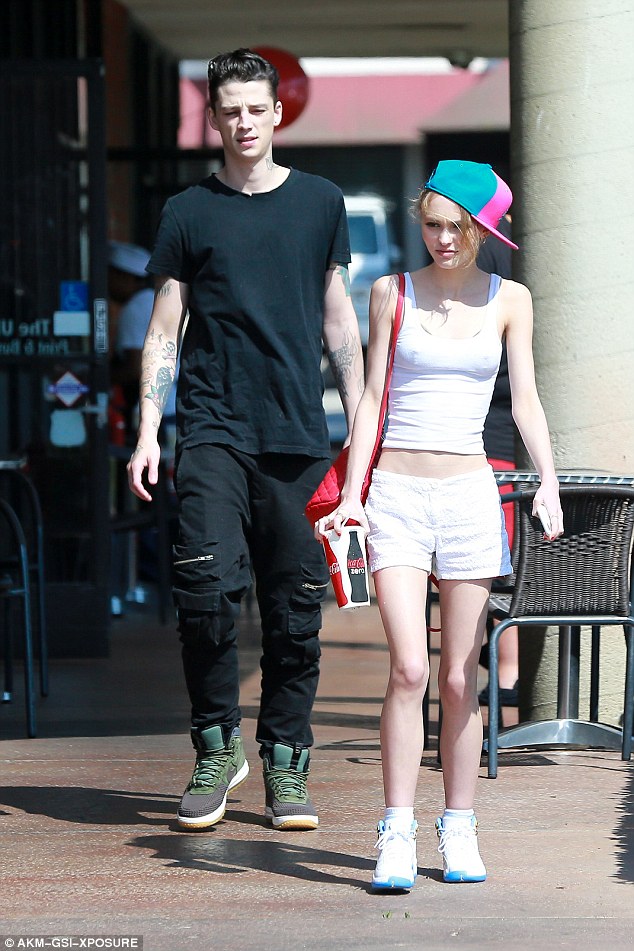 Ash is eight years older than Lily and people have started to gossip about their relationship referring their relation as Kylie and Tyga.

Also, read Kylie Jenner & Tyga Ends up their Relationship; Know about their Affairs and Dating history

Before dating his rumored girlfriend Lily, Ash was previously married to a fellow model, but they ended their marriage in 2013. He also has a daughter from his ex-wife. Even after this fact Lily’s mother, Vanessa Paradis who is a French model and singer, seems to approve their relationship.

The duo doesn’t seem to be still comfortable going out in public and revealing their relationship in front of media. It seems Lily and Ash want to keep their love life within themselves and try to figure out their strength as a couple before going out in public.

The couple appears to be dating happily and peacefully without any constraints and disturbance from the public. The gossiping from media and public about their relationship and age gap doesn’t seem to affect them at all.

We hope love affair stays as it is in the coming years as well. We can already imagine how adorable children they will make if they get married.