Frostsnow https://frostsnow.com/
Home Gossip Is Lana Del Rey Dating Canadian Singer, Abel Tesfaye? What About Her Past Affairs And Relationship?

Is Lana Del Rey Dating Canadian Singer, Abel Tesfaye? What About Her Past Affairs And Relationship? We recently saw the 32-years old American singer/songwriter/model Lana Del Rey in her new Music video, Lust For Life. The beautiful singer/model has ruled millions of hearts with her glamor and still going well. And not to forget her male fans. Just huge!

Well, it looks like Lana has found a partner for her. Yes, the singer has a boyfriend. As per the report, she is dating a Candian singer/songwriter, Abel Tesfaye. So, is there really some chemistry going in between them? Let's find it out in details here in Frostsnow.

Lana and Abel, well known as "The weekend" were seen together in the music video Lust for Live,  by Lana. Well, the reported couple's on-screen affection was not the only reason they were conjectured to be in a romantic relationship. So, what could it be? Let's find it out.

Prior to it let's watch the music video below.

Well, you guys must have loved them in the video. But be ready to track down their off-screen chemistry. The reported couple was seen enjoying their time together at Coachella Valley Music and Arts Festival, 2017. 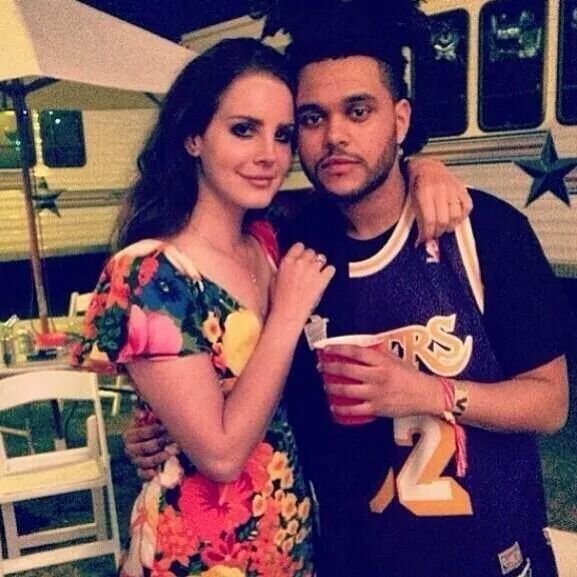 Can't be separated: Lana Del Rey getting cozy with her reported boyfriend Abel Tesfaye well known as The Weekend at Coachella

Soon the pictures back from Coachella Valley Music and Arts Festival surfaced on the social sites giving rise to rumors about Lana and Abel's relationship. Reported couple on smiles: Lana Del Rey with her reported boyfriend The Weekend

Well, people became even more suspicious of their relationship after a few pictures of Lana and Abel was seen on Lana's Instagram account. Look for one of the pictures here.

Soon afterward, the singer/model's fans showed their response on the photo with one of her fans, Michellellin writing, "get married pls", while another fan, Katnissdrew wrote, "They're so cute". Well, there's a lot like this and it clearly shows how much their fans want to see them together.

Their fans have really appreciated Lana and Abel's chemistry. Well, until the two reveal the deal between them, all we can do is just hope for the best and hope it's a real thing whatever is in between them. Finger's crossed!

Well, there is a lot about the stars, be in touch with Frostsnow.com for updates. Is Actress Alexandra Shipp Dating Anyone? Her Past Relationships, Affairs, Boyfriends Who is Cherry Seaborn, the girl Marrying Ed Sheeran? Sheeran's Past Affairs, Relationships