Frostsnow https://frostsnow.com/
Home Gossip Is Gold Medalist McKayla Maroney Dating A Boyfriend? What About Her Past Relationship And Affairs?

Is Gold Medalist McKayla Maroney Dating A Boyfriend? What About Her Past Relationship And Affairs? Remember the pouty face a US gymnast gave during the 2012 Summer Olympics in London? Well, the image became an Internet viral as a meme. Yet, the face became a matter of interest to the people.

The gymnast is none other than McKayla Maroney who has transformed in such a drastic way that’ll make you question if she is the same lady as the viral image from 2012 Olympics. Maroney has been successful in winning the heart of many men around the globe. But who has won her heart in real life? Find out here:

McKayla Maroney has no traces of boyfriends on her social networking

Maroney won a silver medal at the 2012 Summer Olympics in London, but she didn’t appear in the 2016 Summer Olympics in Rio. Whether or not an Olympic participant, Maroney has been successful in winning the heart of people by crushing the game of social media.

?McKayla Maroney then and now

If you have followed her on her Instagram, then you might have noticed that she rarely posts photos of boys. Even if she does, they are just her friends or close mates which can be known clearly by her captions.

sam im sry but i still dnt like la

On one of her recent posts, she posted a mirror selfie where she is seen standing next to a cute guy. Her caption read: ‘Sam I'm sry but I still don't like la’. This failed all of our hopes of Maroney’s affair. Sam appears to be her friend who wanted her to like Los Angeles. Poor Sam! Moroney appears to be against it.

Maroney doesn’t have a boyfriend and her relationship status is totally single. It has even been reported by US magazine that Maroney is “very much single”. After quitting gymnastic, she’s all ready to embrace the dating experience though.

Maroney explained that life as a gymnast was not as easy. In fact, they weren’t even allowed to have a boyfriend. She further said:

“You’re so dedicated and committed. I mean, I was in the gym for like eight hours a day and then outside of that I’d be doing school or writing songs in my free time, so there really wasn’t time for boys at all.” 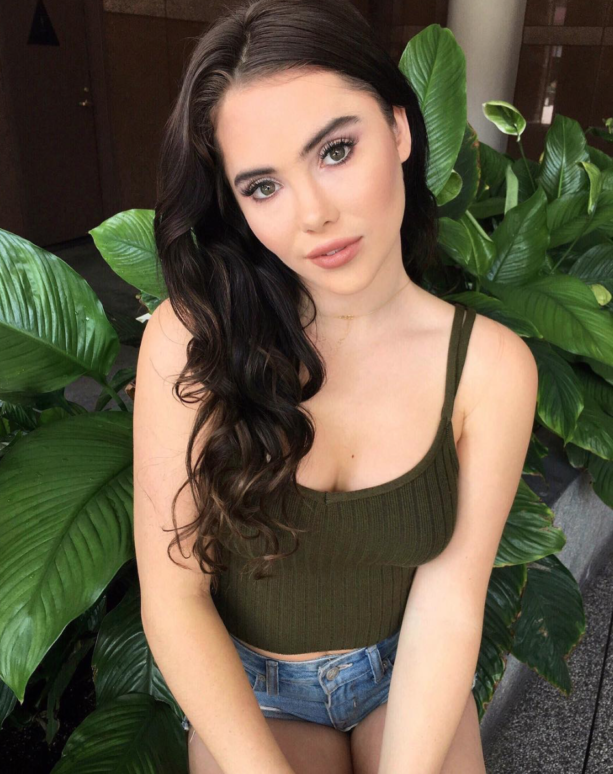 Since Maroney is new in the dating game, it’ll take a while for her to fit in and find the right guy. We are pretty sure that the queue is very long for someone so gorgeous and seductive. Yet, the only thing that matters is who Maroney chooses. Sam Pottorff Got Married To His Girlfriend Rosa van Iterson In 2017, How's Their Love Life? Details