Frostsnow https://frostsnow.com/
Home Gossip Is Finn Balor Dating someone? Know his Past Affairs, Relationships, and Ex-Girlfriends

Is Finn Balor Dating someone? Know his Past Affairs, Relationships, and Ex-Girlfriends

The 5 feet 11 inches tall Irish professional wrestler Finn Balor is a well-known name among wrestling enthusiasts all over the world. The 37-year-old wrestler, who weighs a hefty 86 kg and is of Irish nationality, is also known as the Demon King in the wrestling world, has fought against legends like Dwayne Johnson, CM Punk, and Matt Hardy.

Finn Balor, whose most recent performance include defeating Bobby Lashley in a close match watched by millions of viewers, started his wrestling career in 2000. We all know that the Demon King rules the WWE roost with his weird appearance and quirky maneuvers. But is there anyone who rules over his heart?

Rumors have it that Finn Balor is dating the WWE broadcaster, Cathy Kelley. Is it just a rumor or is there a grain of truth in it? Stay with us to know more:

Finn Balor Dating Cathy Kelley? No thanks to Instagram

Recently Finn Balor and Cathy Kelley, 30, were seen posting similar pictures on Instagram where even the location was shown out to be the same. Did they do this just for the sake of creating rumors? Or is there something shimmering between them? 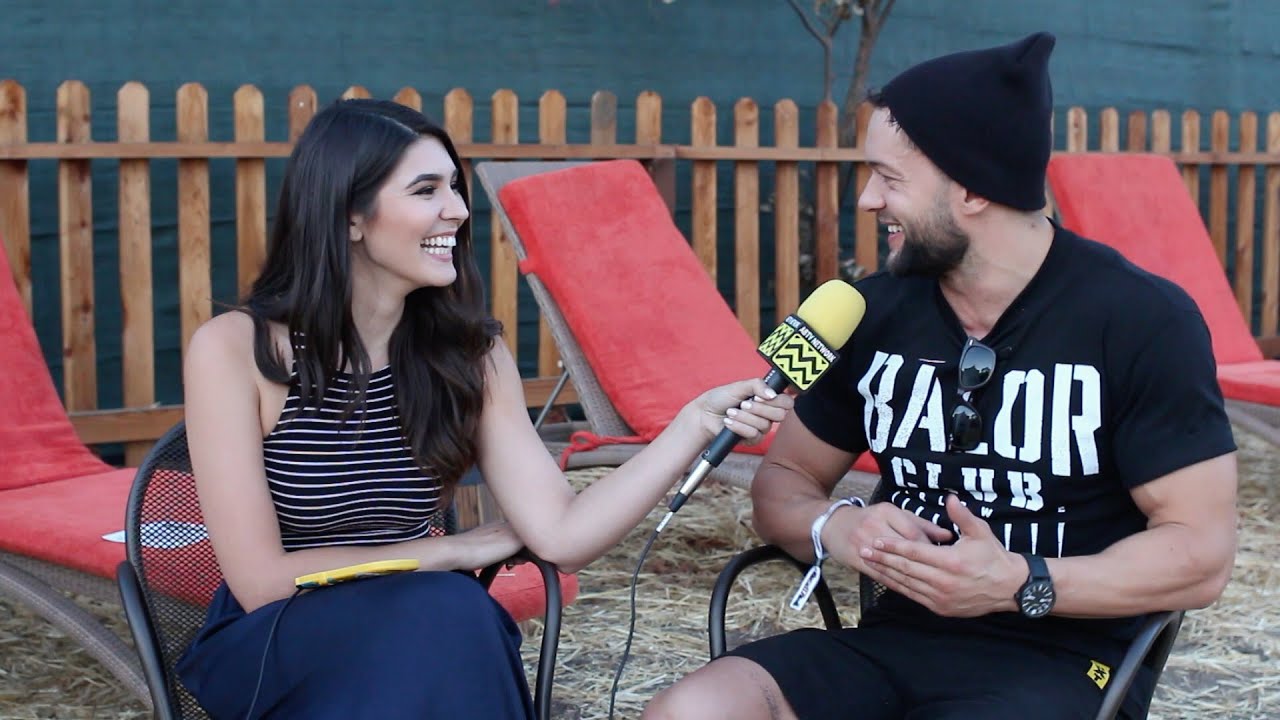 Finn Balor And Cathy Kelly are not dating each other; simply good friends   Source: Youtube

No matter how, until now, none of us can figure out if they are dating each other or they just did it for publicity?

Despite the fact that posting frequent pictures on Instagram, Balor and Kelley have neither accepted nor denied that they are having an affair.

None of Finn Balor's past relationships has generated as much media storm as his relationship with Cathy Kelley. No one can be so sure if they are having an affair at all.

Both Finn and Cathy Kelley are currently involved with WWE in different positions. Finn is a star wrestler while Cathy is a popular program host for the company. It makes you believe that the two are, secretly, dating. But who knows? Even eyes can fail sometimes.

However, the pair had been seen together last December at the Madison Square Garden for the promotion of NY Knicks vs. LA Lakers NBA game. One of the fans spotted the two at the game and clicked a photo of them to tweet it later. Here's the tweet.

Lakers lost and Finn balor pulled up with Cathy Kelley to see it. This gotta be the worst day of my life. pic.twitter.com/vdKNNSzdig

Recently, in The Tomorrow Show with Keven Undergaro, when X-Pac talked about Raw 25, XFL, Ric Flair, and Finn, he stated something about Finn's relationship.

Cathy Kelly's boyfriend, Finn Balor, if you had to choose anyone in the entire WWE to date, it would be that guy. Trust Me! They kind of deserver each other, really.

This certain dialogue of X-Pac has created somewhat confirmation about Finn Balor and Cathy Kelley's romantic affair. But, the pair is still silent about it.

Finn Balor' Past Affairs and Ex-Girlfriends

It is inevitable that many of Finn Balor’s fans will want to know who he is dating. Balor’s girlfriends and relationships have been a hot topic throughout the year. However, recently, Balor's name was rumored to be linked with two ladies.

Aren't you desperate to know who those fortunate ones are? Well, apart from Cathy Kelly, Finn Balor has also been rumored to be dating another WWE wrestler Bayley.

ALSO SEE: How much is Wrestler Bayley worth? Find out her Career and awards

According to some sources, Finn Balor once dated Bayley. He even posted a picture of himself with Bayley along with his parents and family members. Have a look below:

Wasn't the word "parents" more than enough to justify to the fans that Balor and Bayley were set to get married? However, as things turned out, it seems unlikely that Finn and Bayley are a couple.

It is so because, again going by the rumors, Bayley is apparently engaged to wrestler Aaron Solow. Now there is no possibility of seeing Bayley and Balor as a WWE "power couple."

So, going back to Balor and Kelley, no matter whatever may be the fact behind that photo, we can safely say that they are no more than friends until they themselves reveal the truth. If he is dating someone, we wish Finn Balor all the best for his future. If not, happy searching. That's all we can say.