Esther Canadas who was linked to one of the richest soccer stars in the world David Beckham around the year 2003 has been married twice till date. The 30-year old Spanish actress/model who is currently working with the Unique Models based in Copenhagen, Denmark has tasted success in her professional life but also has a share of failures in her personal life.

Let's find out who the Spanish model is dating currently? Does Esther have a new love interest? Or is she currently single?

Esther Canadas Still Single or has a new love interest? 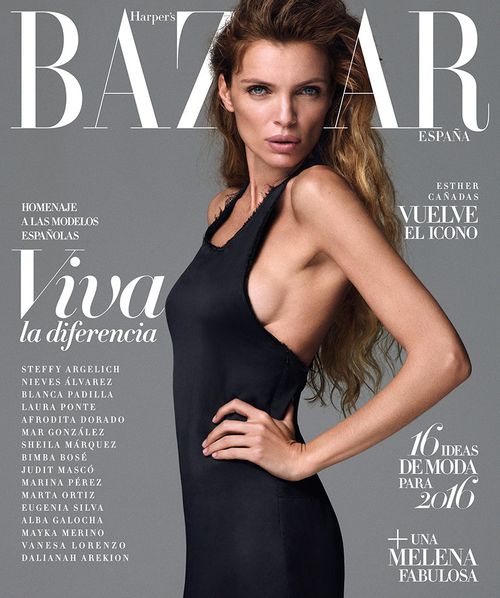 Esther who made a guest appearance in a TV series Cinema Mil as Anfitriona on September 17, 2005, is less seen in any of the events with her possible partner in love. And as per the sources, Esther love life is deserted as of now as she is currently single.

Well, Esther is a single mother and obviously needs to make a wise decision for getting in a relationship.

Esther first tied the knot with a Dutch model Mark Vanderloo, 49. The couple walked down the aisle on June 12, 1999, after two years of dating as girlfriend and boyfriend couple.

The then wife-husband couple met each other for the first time in 1997 on the sets of a Donna Karan advertising DKNY shoot. With in a year of the marital relationship, the couple divorced in November 2000.

Moving on, Esther later found love in the Spanish MotoGP rider Sete Gibernau. The couple tied the knot in 2007, but unexpectedly, her relationship with Sete wasn't written in her stars, and after a year, the couple separated. In the phase of their relationship, Esther was often seen at the pit garage and could be seen cheering for her husband. Esther Canadas with her second husband Sete Gibernau: The couple tied the knot in 2007

Gibernau confirmed the news of the couple's separation in 2008.

Besides, two of her divorce, Esther was engaged to an American actor and businessman based in Manhattan Vikram Chatwal in 2013.

Esther was Engaged to Vikram Chatwal

In September 2013, Esther got engaged to Vikram. 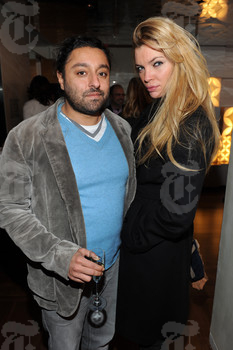 The New York Post revealed that Vikram, 45, proposed the actress/model with at St. Patrick's Cathedral with an 8.5-carat ring, but marriage date wasn't confirmed back then. With no one expecting, the engaged couple broke up after one month of the engagement.

Following her break up with fiancee Vikram, in 2014, Esther gave birth to her first child.

Esther and her Child

In December 2014, Esther became a mother of her first child, a daughter, Galia. Esther Canada spotted with her daughter Galia in Ibiza

Esther hasn't revealed her child father's name till the date.