Is Chris Zylka dating Hanna Beth? Are they engaged? Know about his affairs. The actor of the famous movie "The Amazing Spiderman" Chris Zylka, used to date model Hanna Beth. The couple got engaged back in the April 2014 but their affair has plunged and now they are no longer together.

The famous 31-year-old star who started dating his girlfriend Hanna Beth back in December 2013 was engaged after spending time together for about 4 months. However, later the couple had conflicts and they ended their relationship after only 10 months of engagement. 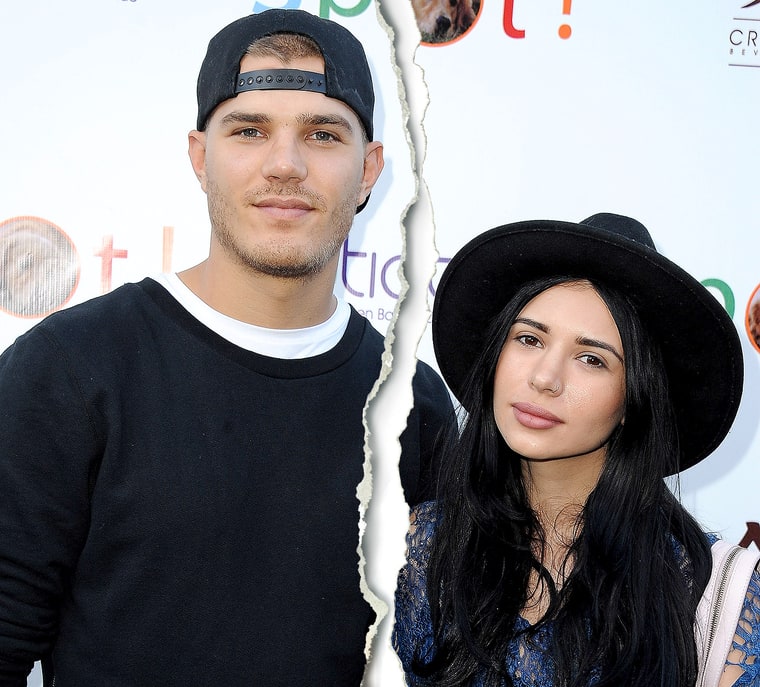 Break ups are always controversial but this one seems to be something more. Chris Zylka called off his engagement with Hanna Beth in a very ugly way. Chris made several cheating accusations and insulted Hanna. While most of the celebrity couples keep their breakups low-key, this couple couldn't keep it to themselves and brought it out to the media and they lashed out their issues on social media as well. Chris was the one to publicize about his breakup with his fiancé Hanna through his Instagram saying:

"you are only going to be as good as the people you surround yourself with. so be brave enough to let  go of those who keep weighing you down"

With this statement, Chris expressed his disappointment with his fiancé. Startling tweets of these couple has surrounded the media and all of their fans are in shock. With Chris accusing Hanna of cheating and publicizing about their issues in the internet Hanna responded with tweets including the word such as "moving on".

Image: Chris and Hanna as seen on an event after their engagement.

Happily, in love, the couples were paving their way towards marriage. Hanna seemed to be happy for having Chris as her fiancé. They both had nice chemistry with each other and were seen together often at many places. Who would have guessed such a day would come so soon but as they say what is bound to happen will happen. Rumor has it that Chris is the one to be blamed as he doesn’t have any good lasting past relationship with any prior girlfriends.

Chris Zylka was involved in two other affairs till date other than that between him and Hanna. He dated the famous Australian actress and model Phoebe Tonkin and the American actress and singer Lucy Hale. The 31-year-old actor is currently single and has not been seen dating anyone as of 2016.

On the other hand, Hanna Beth has dated the famous actor and comedian josh peck, Deryck of sum 41, Martin Bennett Johnson of boys like girls and the brother of famous Miley Cyrus Trace Cyrus.Hanna is still single and is not reported to be dating anyone as for the year 2016.

Whatever may be in the past, we wish Chris all the best for his future endeavors.

Want to wish Chris all the luck? Please, leave your comments below.