Frostsnow https://frostsnow.com/
Home Gossip Is Chizzy Akudolu still Single? Who is her Husband? Find out her Affairs and Rumours

Is Chizzy Akudolu still Single? Who is her Husband? Find out her Affairs and Rumours

The 43-year-old British TV actress, Chizzy Akudolu is known for her roles in the famous TV series Holby City as Mo Effanga and Jinx. Along with her work in acting, she is also involved in calligraphy and has won a brown belt in Karate while she was young.

Chizzy is not married yet and it is not heard about her affairs. To know more about her personal life, stay with us.

Is Chizzy in a relation?

No, currently Chizzy is not in any love relation and it is also not confirmed whether she was in relation in her past days or not. Chizzy is not like a person who shares her personal life openly.

She loves to keep her personal information far from the media and fans so, it's very hard to be confident about her love affairs.

Video: An Interview with Chizzy Akudolu

Isn't it boring to live a single life? With all the pressure as an actor, you want to have someone with whom you could share your feelings. However, Chizzy might not fall into this category as she enjoys her alone time to craft her acting skills. 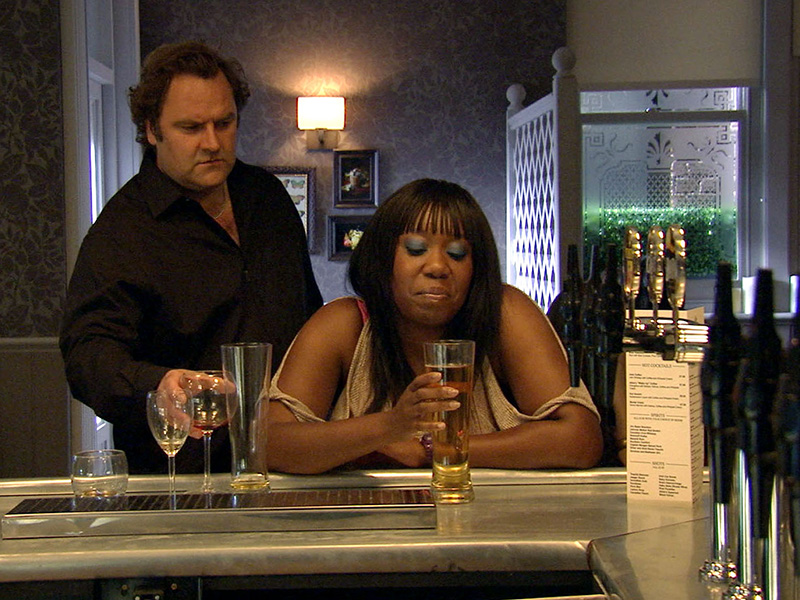 But, it's not true that Chizzy was never in a relationship as she herself once spoke about her boyfriend's existence in her life.

When you see your parents kiss for the first time...

She actually had a boyfriend in her past, she revealed the truth while she talked to Reveal magazine. She there said during the conversation that, the best bit of advice she got was from her ex-boyfriend.

She also told that if anyone is a role model of her life, the, it would be her mother. She told,

She is an amazing woman and has done so much since she came to the UK at 16. She raised five of us and putting us all through private school. She's just been a grafter all her life and I admire her for that.

She is currently single and resides in London. when asked by Express she described herself by saying,

"By day, laid back and tomboy-ish. I'll go from skinny jeans and high heels to baggy jeans and Timberlands. for evening, I like to dress up and a touch of sparkle."

What do you think about this talented actress? We hope she finds her dream man soon and falls in love. We wish her all the very best for her future.