Is Catt Sadler Married again? Know about her Married Life and Divorce Rumors E! News correspondent and weekend anchor Catt Sadler was married twice in the past. Sadler filed for divorce with her second husband Rhys David Thomas in March 2016, later their divorce was finalized in 2017. After two of her deserted marital life, is she married to any other?

Let's find out about her current relationship status here in Frostsnow.

Sadler’s husband Thomas is a film producer from Britain. They first met in May 2010 in Los Angeles at a charity event. On 23rd October 2011, Sadler and Thomas decided to turn their love affair into a beautiful marriage. Thus, they tied the knot on the same day at the Palazzo Hotel, Las Vegas. It seemed like their relationship was going really well, but, Sadler filed for divorce in 2016.

Sadler didn’t reveal the reason behind her decision to file a divorce, but, she gave a statement which read,

I’m excited about this next chapter of my life. Change is never easy, but my children remain my utmost priority. I’m no different than many single working mothers faced with the pressures of the constant juggle. It can be exhausting but it is extremely rewarding. Just when everyone thought that the relationship between Sadler and her husband is over, she started posting some amazing pictures of her and her husband Rhys on her Instagram account. She posted an adorable photo where she was seen kissing Thomas.

Similarly, on 23rd December 2016, Sadler posted another photo with her husband with a series of hashtags as the caption, #tbt #mybestfriend #lifepartner #husband.

This ultimately gave their fans hint that though Catt field for divorce, she and Rhys are still together. So, is the couple really together?

Many thought for the couple's reconciliation, however, things didn't turn as expected. The couple finally got divorced in 2017, People confirmed the news.  She told People regarding her divorce with Rhys David,

Honestly, it’s bittersweet, Divorce is never easy, I don’t care who you are or what the circumstances are. It’s a very, very heavy feeling — and at the same time, it feels like a weight has been lifted.

Let's talk about Catt Sadler's past relationships and affairs.

Talking about Sadler’s past relationship, she was married to Kyle Boyd in 2001. Boyd is a fashion executive and this pair was college sweethearts. Sadler has two sons, Austin and Arion, with Boyd. They got separated in divorce in 2008.

Similarly, Sadler was also engaged to Brett Jacobson. Sadler and Jacobson met while they attended the Indianapolis 500 in Memorial Day 2009. After dating for five months, this pair got engaged but it only lasted for a week. The reason behind the breaking of their engagement is quite mysterious but the fact that Sadler continued to date him even after such event was not hidden. 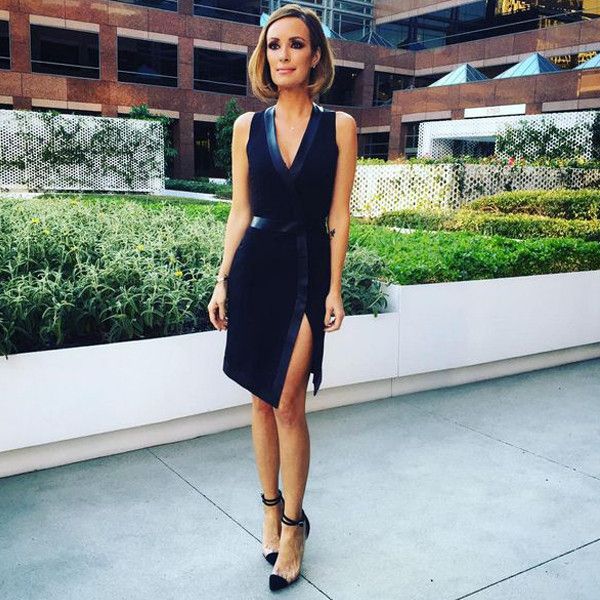 What do you guys think about Catt Sadler and her relationships? Please leave a comment below.

Who is Catt Sadler's first husband?

When did Catt Sadler and Kyle Boyd get married?

Catt Sadler and Kyle Boyd got married in 2001.

When did Catt Sadler and Kyle Boyd get divorced?

Catt Sadler and Kyle Boyd got divorced in 2008.

For more updates and biography on Catt Sadler follow, frostsnow.