Frostsnow https://frostsnow.com/
Home Gossip How Is Brendon Urie's Married Life With Wife Sarah Orzechowski? Details Of Their Wedding And Relationship

How Is Brendon Urie's Married Life With Wife Sarah Orzechowski? Details Of Their Wedding And Relationship Lead singer of ‘Panic! At the Disco’, Brendon Urie, 31 is a very talented and good looking guy. Though many girls out there want to be with him, breaking all their hearts, the dashing singer married the love of his life in April 2013.

Yes, you heard it right, he is married. He tied the knot to longtime girlfriend Sarah Orzechowski. As per the sources, Urie’s relationship with his wife is going on pretty well with no rumors of divorce between the pair. How the couple first met? How was their wedding? More details of the pair's relationship at present.

Urie and Orzechowski first met during Panic’s tour for Pretty. Odd. Urie talked about his first encounter with Reddit AMA, as he wrote: “I met Sarah while touring for Pretty Odd. She was dating someone else at the time, but I couldn’t get her out of my mind.

He further added, how lucky he felt when he got an opportunity to met her again.

By some good fortune and some help from mutual friends, we met up again 8 months later when she happened to be single. We’ve been smiling with each other ever since. Goddamn, she’s amazing.”

People who are made for each other will find a way to be together and Brendon and Sarah are the best examples.

Urie and Orzechowski tied the knot at the Saddlerock Ranch in Malibu in April 2013. Urie’s bride looked really gorgeous on their big day as she wore a Vera Wang gown. During an interview, Orzechowski said:

“It was very important for us to have this day reflect our love for one another, something beautiful, romantic, whimsical, and unique. Every detail really came together the day off and we became very emotional when we finally got to see it all at once. We were honestly speechless at how beautiful everything was – it truly felt like a real-life fairy tale.” She further added: “I chose it to be the main bar of the night as a special piece devoted to Brendon. The man loves his beer/whiskey, so I wanted to surprise him by having that area be a special highlight. He loved it,” 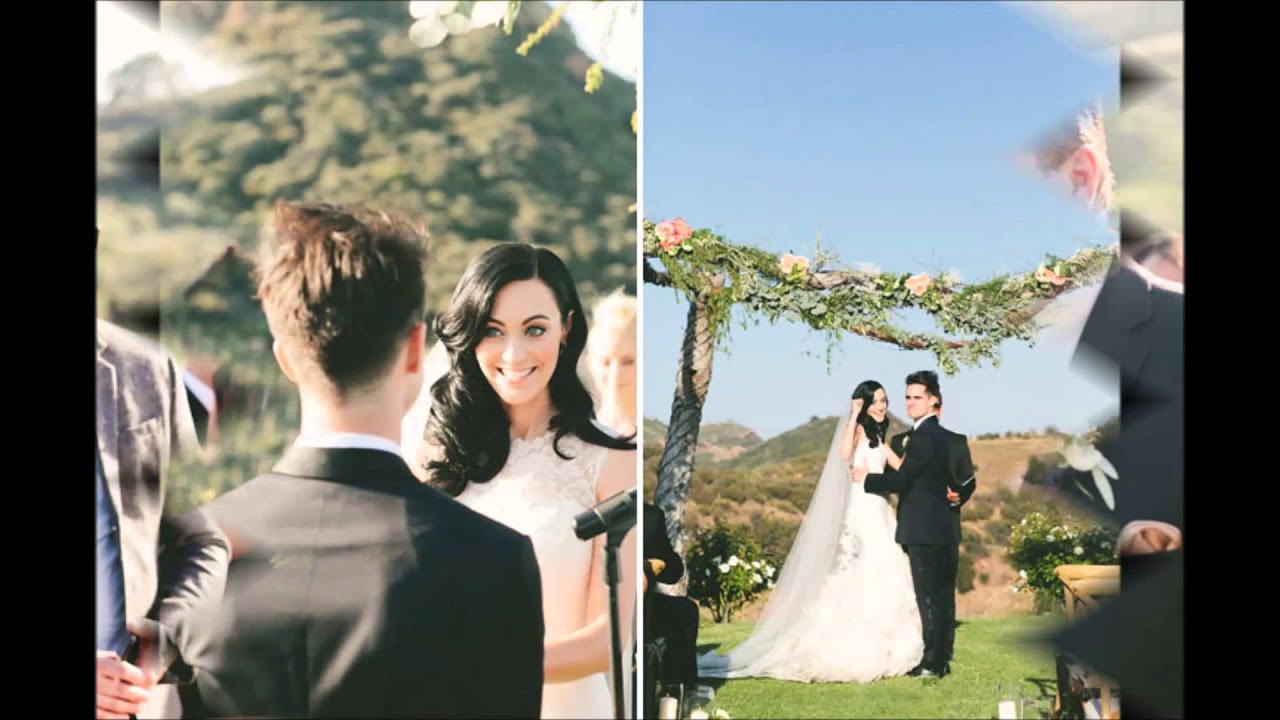 It was definitely a dream wedding!!

It has already been almost six amazing years of Urie and Orzechowski’s togetherness as a husband and wife.

During an interview 6 months post their wedding, Urie said:

Actually it has been kind of nice! I was expecting a couple of different things, like some real bad lashing out, some other comments. But so far it has been really supportive. Married life is—Sarah and I have been together for five years now and married almost 6 months. So it’s been great, it hasn’t been too different, the only difference is we call each other wife and husband, which is just an extra bonus. It’s really nice.

The couple is surely living a blissful conjugal life. Though there were rumors of Brendon being gay and they might having a divorce, all the accusations turned to be a hoax as they are still together going strong.

We are extremely overwhelmed to know that Urie’s married life is going great. Urie and Orzechowski don’t have any kids yet. On one of her Instagram post, Orzechowski revealed that she is never going to have a baby. We don't know if she is serious or just kidding. We hope she is not serious at all.

Please leave your opinions about this couple in the comment box below.

You May Also Like: How Rich Is Brendon Urie's As a Musician? His Net Worth, Earnings And Career As A Musician

Who is Brendon Urie's wife?

When did Brendon Urie and Sarah Orzechowski marry?

Does Brendon Urie have any kids?

Brendon Urie doesn't have any kids.