Is Bollywood Actress Anjana Sukhani getting married? Know about her Husband Anjana Sukhani the famous model and actress of Bollywood are said to be already married. She did her best to keep her marital relationship a secret from all of her fans. Anjana’s husband is quite a mystery to every audience who want know about the relationship between Anjana and her husband.

Before anyone knew the fact that Anjana Sukhani was already married she was said to be attached with her co-star of the movie ‘Jashnn’. There were many rumours of co-star Adhyayan Suman and Anjana’s link up but later Anjana clearly denied having any relationship with Adhyayan.

Who is Anjana Sukhani married to? Know about her husband

This beautiful and charming lady is the crush of many Indian audiences. While Anjana was filming for the movie Jashnn – The Music Within in the year 2009 they were seen very much close to each other.

Later Anjana was asked if she really has some link up with her co-star Adhyayan she straightly said no. She claims to be just a friend and she would not want to break his existing relationship. They are a good friend and will always remain same forever.

Later the ">YouTube video made by Zoom TV revealed that Anjana Sukhani is married. Anjana Sukhani was already married in the year 2009 before the rumour started. She is said to be married to actor Rehan Khan who worked in Mahesh Bhatt’s movie Rehan Khan.

The news of this pair getting married was a secret until they got invited to Mahesh Bhatt’s party. Almost every guest was surprised to see these stars together but later everyone came to know the truth about their undisclosed marriage.

The twist again arose when the new of Anjana Sukhani and Rehan Khan was not accepted by Anjana. As the news got to explode in every media channels and newspaper she later said that she isn’t married to anyone else. 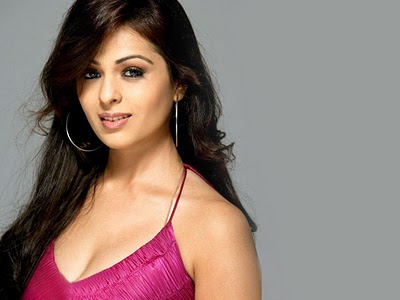 The main reason Zoom says about Anjana Sukhani rejecting the news about her marriage is because she is a newcomer. The fear of getting less opportunity after flashing the news of her marriage might harm her career in Bollywood she would not have wanted to accept it.

Additionally the gossip of Anjana’s boomed when her new movie ‘Jashnn’ was preparing for the release. Her denial also suggests that she didn’t want to harm her movie’s popularity just because of her news of marriage.

But again during the year 2010 when Rehan Khan was asked if he is still seeing actor Anjana Sukhani, his statement was ‘I’m not seeing anyone’. This was when actor Rehan was promoting his movie ‘Tim Milo Toh Sahi’.

Yet again in 2012, there came the news of Big B and many other attending Anjana Sukhani’s wedding. ‘I was happy to see Big B dance at my wedding’. Now this story is going more twisted. Anjana Sukhani is married but it hard to say with whom as in one of the interview Rehan Khan said he wasn’t seeing anyone.