Frostsnow https://frostsnow.com/
Home Gossip Is Alia bhatt in a relationship with Sidharth Malhotra? Find out her affairs and dating rumors

Is Alia bhatt in a relationship with Sidharth Malhotra? Find out her affairs and dating rumors The 23 years old, Alia Bhatt is an Indian actress and singer. Alia is the daughter of filmmaker Mahesh Bhatt and actress Soni Razdan. Alia was able to impress the audience and critics by her marvelous performance in her first debut movie in Student Of The Year. Alia also featured in other movies like Highway and Two States and achieved awards for best actress and much more.

Alia Bhatt is rumored to be in the relationship with Siddartha Malhotra from their debut movie Student of The Year. We could see Alia with Siddartha in different parties and holidays (in New York) quite often. However, this couple has always denied the rumor of their affair and has always has ended saying they are just good friends. Alia is sometimes rumored dating actor Varun Dhawan.

Are Alia Bhatt and Siddhartha secretly dating each other? Alia came on the show Koffee With Karan- Season 5 along with superstar Shahrukh Khan and gave us some more hints to doubt about their relationship. When asked by Karan Johar who she would date, marry and kill, Alia showed a soft corner for Siddharth. We cannot verify their relationship yet but, this couple is seriously good friends. Alia Bhatt and Siddhartha Malhotra in a photoshoot. They both look great together. Onscreen and offscreen chemistry of Alia and Siddhartha has always created confusion about their affairs.

Alia past affairs and boyfriends

Alia had few affairs in her past. Alia dated her childhood friend and classmate, Ramesh Dubey when she was just in class 6. After dating Ramesh Dubey, Alia made Ali Dadarkar her boyfriend from class 8. Alia and Ali are still close friends and they are seen together sometimes. According to the source, it is said that Alia dumped Ali for Siddhartha. 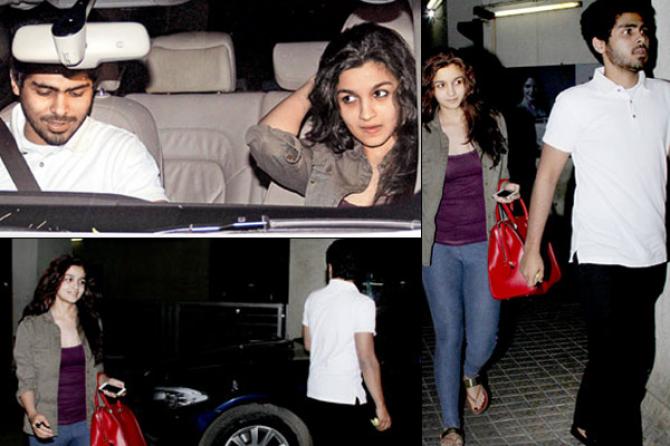 Alia and her ex-boyfriend Ali. They were caught together by media when they were spending time with each other.

Alia and Siddharth having debuted in the same movie are of course close to each other as a co-star. We hope the rumors are true because they are very adorable together. We wish the two dynamic actors all the very best for the future.