American political commentator Alex Wagner, who is currently the anchor on the Showtime's The Circus, is in a marital relationship with the president's chef Sam Kass. The couple came into the limelight after the two were spotted together during the White House Correspondents party, and they were dating at that time.

Wagner's husband Kass used to work at the White House as the Senior Advisor for Nutrition Policy in the course of Barack Obama's presidency. He was also the Executive Director and an Assistant Chef throughout the former First Lady Michelle Obama's Let's Move! campaign. Kass served the white house until late 2014. 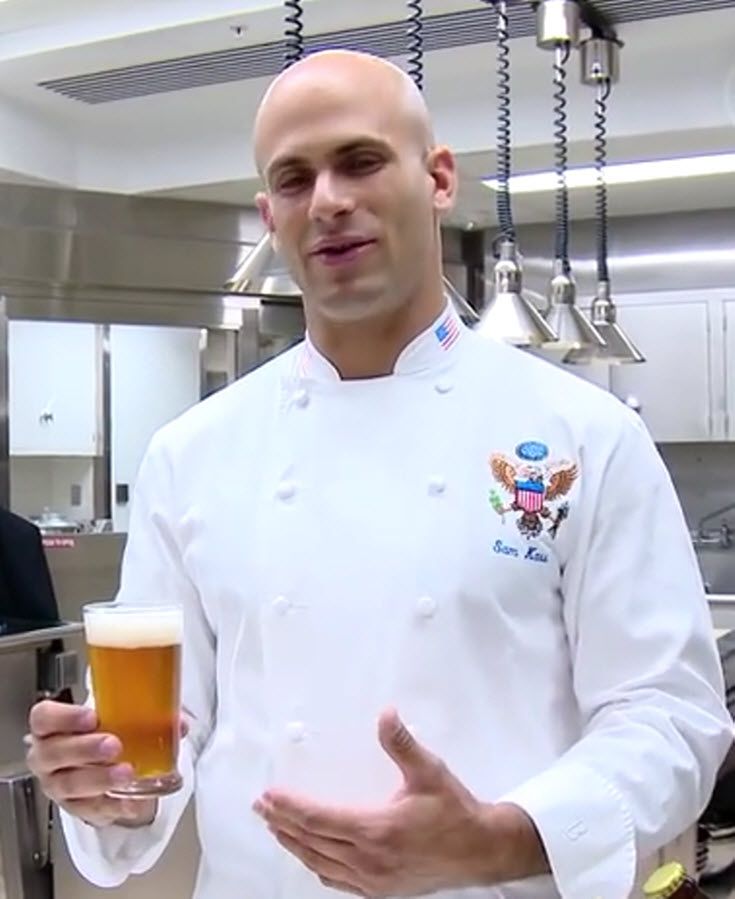 Wagner is a Washington born and her mother is originally from Myanmar. Her father, Carl Wagner, is of German and Irish descent.

The D.C native Wagner met her current husband Kass in the early 2012 and began the relationship by the end of the year. The couple was quite protective about their secret affair as Kass reported his relationship status to be single during an interview although the couple was seeing each other at that time.

After dating for over a year, the lovely pair got engaged in September 2013. At the time, Wagner was the host of her show, 'Now with Alex Wagner' on MSNBC. The news of the couple's engagement was a bombshell to the media as there was only a bit of tittle-tattle regarding the couple affair. After a year of the duo' betrothal, Wagner tied the knot with Kass in August 2014. Wagner and her husband had their wedding ceremony in Pocantico Hills, New York at the Stone Barn's restaurant, Blue Hill. The ex-president Barack Obama and the First Lady also attended the marriage along with the First Daughters.

Barack Obama and his family heading to Sam Kass' wedding

It's been more than three years since the couple got married, and there are no updates regarding their plans for having kids. It seems the couple are relishing their love life to the fullest while they are also having a quite busy schedule in their career. Maybe soon, we will be hearing some good news from the couple.

Wagner got in touch with the former MSNBC host through their mutual friend Wolfie, who was also a correspondent for the same satellite TV network. Wagner's husband first spotted her at the White House event. Kass was invited by Wolfie to the MSNBC after party while Kass was eager to meet Wagner after he saw Wagner at the White House. Although Kass' friend was pretty pessimistic regarding Kass' relationship with Wagner, the couple later started dating keeping their relationship low-key. And rest is what we mentioned earlier in the previous section.

Furthermore, there is no precise information regarding the Irish descendent's past affairs and relationships. And it is quite delightful to hear about their successful marriage, and we wish them well for their amusing future.