Dr. Victor Frankenstein of the horror-drama series Penny Dreadful, Harry John Newman Treadaway, or simply Harry Treadaway, is currently in a relationship with Holiday Grainger. The 33-year-old English actor, additionally, is a songwriter and a singer as well. He and his twin brother Luke Treadaway together have performed the soundtracks of the film Brothers of the Head featuring the twins.

The nominee of the  British Independent Film Award for Most Promising Newcomer in 2006 has been active in the film industry since 2005. Throughout his career, he has worked alongside stars such as Ken Russell, Felicity Jones, Eve Green, Billie Piper, and many more. To find more about Harry Treadaway's relationship with Holiday Grainger and his previous affairs, continue on reading.

Harry has been dating BAFTA award-winning show Roger and the Rottentrolls star since January 2015. Despite being in a relationship for a long time the pair scarcely appears together in events. Unlike other couples, they also do not post pictures of spending time together in social media. It seems they prefer keeping their relationship out from the media reach.

Their low-profile relationship had created suspicion that the romance between the couple has ended but the curious paparazzi have spotted Holiday visiting Harry at his home several times. Moreover, neither Harry nor Holiday have stated that they have broken up, meaning they are happily dating each other. 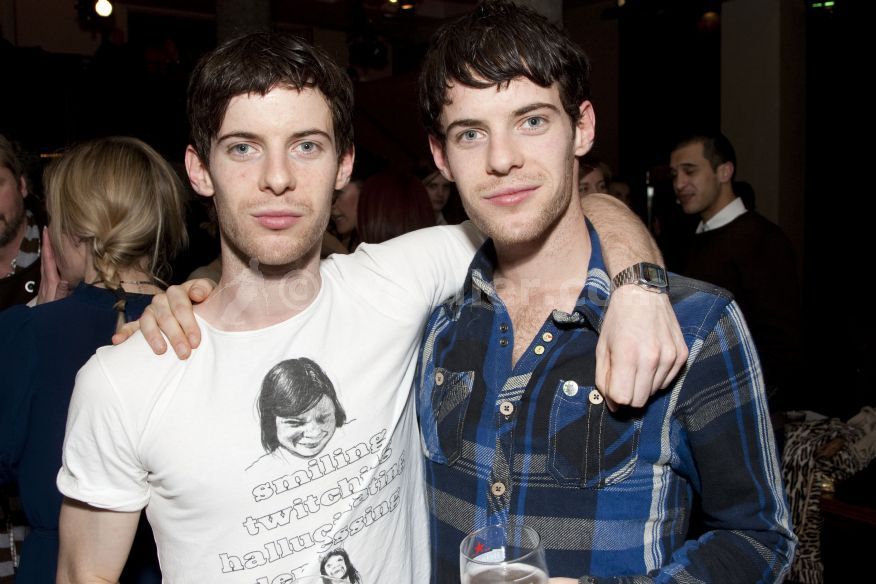 Harry alongside his twin brother Luke

The rumor was based on the confusion created by the brothers' similar looks, and the fact that Harry used to respond when people called out for Luke. Later on, the misleading confusion was clarified.

The talented actor's great acting skills and looks has stolen hearts of millions of ladies worldwide. But not so many have been able to win his heart. Till now Harry has been reported to be only in two relationships, according to whosdatedwho.com. 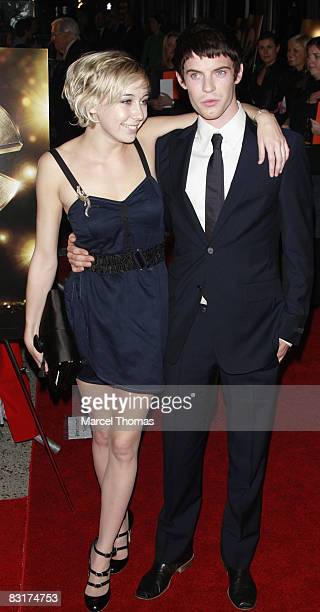 Harry attended the premiere of City of Ember with ex-girlfriend

Prior to his current relationship with girlfriend Holiday, Harry dated Polly Stenham, an English playwright back in 2009. Polly's play includes No Quater, Tusk Tusk, That Face, all of which have been presented at the Royal Court Theatre.

With his acting debut from Brothers of the Head with his twin brother Luke in 2005, Harry went on to perform various roles in more than a dozen of films and television series.

He appeared on British television film Recovery, Channel 4's Cape Wrath, Fish Tank, and others. He also starred in the dramatized documentary The Shooting of Thomas Hurndall which was nominated for the British Academy Television Award in 2009.

Watch the trailer for The Shooting of Thomas Hurndall

Harry is best appreciated for his role as the arrogant and reclusive young doctor, Dr. Victor Frankenstein, in the Showtime TV series, Penny Dreadful.Treadaway was recently nominated for the Satellite Award for Best Actor – Television Series Drama for the American mystery thriller Mr. Mercedes.

Harry's estimated net worth is around $1 million and his movie Gringo is doing well in the theaters indicating his net worth will soon rise.

Hope the relationship of Harry with girlfriend Holiday doesn't end and the couple gets married soon.