The stunning American actress, Eliza Dushku and the CEO of Intercontinental Real Estate Corporation, Peter Palandjian are now married. The couple after dating for 3 years got engaged and tied the knot after a year of their engagement.

Well, many of us know Eliza's smooth career with her appearance in Tru Calling and Dollhouse, True Lies, The New Guy, Bring It On, and Wrong Turn, but the case was not same with her affairs in the past. So, how is her married life going? Want to know more about Eliza's relationship and affairs? Scroll down.

After a year of announcing their engagement in June 2017, Bring It On actress Eliza Dushku and her fiance Peter Palandjian got married. The couple walked down the aisle on August 18, 2018, in Boston.

The wedding held at Boston Public Libray included the guest appearance of her family and close friends. Dushku looked stunning in a lace dress with a keyhole back while her husband Peter wore a navy blue suit.

Eliza even shared the moment of her wedding on Instagram captioned "8.18.18".Check this out.

As for a fact, for Buffy the Vampire Slayer Eliza co-starring alongside Sarah Michelle Gellar, it's her first marriage while her spouse Peter stepped into the second marriage.

He was previously married to Minou Palandjian, with whom he has 4 kids.

Currenlty, the couple is yet to be parents, we hope the happy news will be out soon.

The happy couple Peter Palandjian and Eliza Dushku are now officially off the market!!

As it says "age doesn't determine love," the Angel actress got engaged to her long-term boyfriend, Peter Palandjilan who is 17 years older than her, proving the statement correct.

The 37-year-old actress announced her engagement to 54-year-old businessman Peter Palandjian through an Instagram post in June 2017.

In the post revealed she accepted the proposal saying "Yes" and stated that they are soon going to get wed. Check out that post.

In the picture, we can see Eliza Dushku dressed in a floral printed jumpsuit and holding the former tennis pro player's hand, staring at him surprisingly.

The couple who started dating in 2014, is seen enjoying the sunshine, surrounded by trees and houses off in the distance behind them. 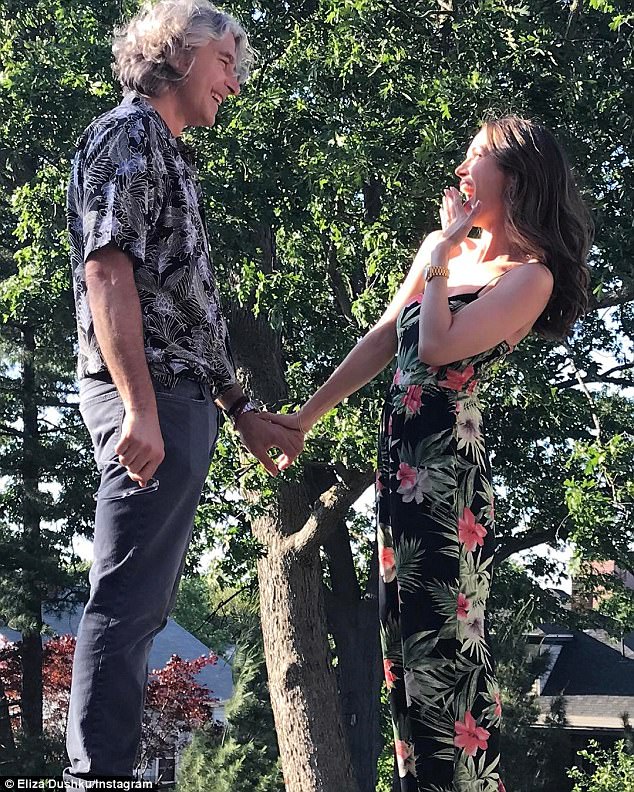 Also,  the actress flaunted her shining engagement ring at Awesome Con in the nation's capital on June 19, 2017. 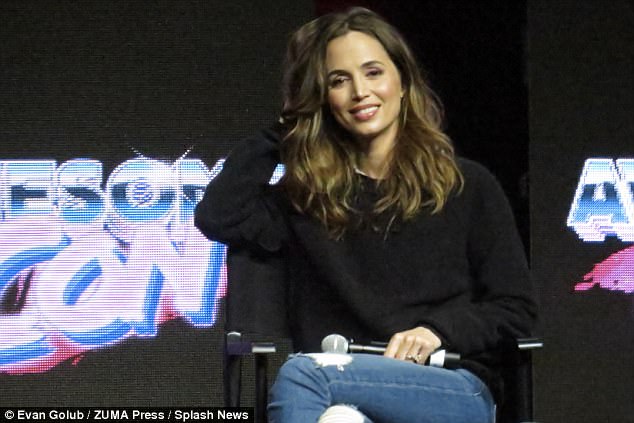 Well, it's said that behind the evolution of every happiness, the person probably passes through some struggles and Eliza is a proof to it.

Despite her many love failures, she eventually found the soulmate of her life. Let's discuss her past affairs.

Past Affairs of Eliza Dushku

Before getting engaged with Peter Palandjian, Eliza Dushku was in a long-term relationship with LA Lakers star Rick Fox. However, they ended their relationship in 2014 after dating for 5 years.

Soon after she split with Rick Fox, the stunning star moved back to her hometown of Boston. In this regards, Eliza Dushku told the Boston Globe:

I’d rather be a little physically cold here than emotionally cold in LA. I missed my town and I missed my family.

Now, she is happily married to Peter Palandjian. We wish them all the very best for their future. Who Is Lena Meyer-Landrut Dating Currently? Know About Her Affairs And Relationship