Frostsnow https://frostsnow.com/
Home Gossip How Rich Is GOT's Sophie Turner? Her Net Worth In 2018 Is $5 Million, Her Upcoming Projects

How Rich Is GOT's Sophie Turner? Her Net Worth In 2018 Is $5 Million, Her Upcoming Projects Game of Thorns! Well, many of us are familiar with the HBO fantasy series and are eagerly waiting for the final season which will be aired in 2019. To GOT fans, Sansa Stark is not a new face at all. The character has been portrayed by the English actress Sophie Turner. Along with a successful professional career, Sophie seems to have managed to live a perfect love life as well. The beautiful Sophie recently got engaged to her boyfriend Joe Jonas, on October 15, 2017, after a year of dating.

The 21-year-old actress made her professional debut with Game of Thorns in 2011, and now, she is regarded as the 6th richest Game of Thorns' character with an estimated net worth of $5 million.

It is reported that Sophie's on-screen sister and real-life bestie Maisie Williams will be her bridesmaid at Sophie's upcoming wedding. However, the date of the marriage is not fixed yet. Along with the marriage, fans are also curious to know about her net worth, her house, cars, and earnings. Scroll down for details.

Few celebrities get huge success with their right after their debut, and Sophie Turner is one of them. Sophie starred in the series since its start in 2011, at the age of 15. Currently, Turner's estimated net worth is $5 million, however, the precise net worth is under review.

The main characters in the series like Emilia Clarke (Daenerys Targaryen), Nikolaj Coster-Waldau (Jaime Lannister), Peter Dinklage (Tyrion Lannister), Kit Harington (Jon Snow) earns about $500,000 per episode, which makes a total of $3.5 million per season. Notably, Sophie's earning was reported to be less than that i.e. $300,000. 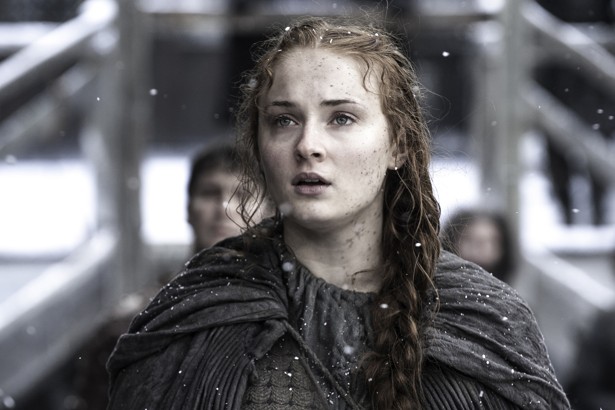 Sophie Turner as Sansa Stark in Game of Thorns

Sophie, who was nominated for the Young Artist Award for Best Performance in a TV Series and Supporting Young Actress for her performance as Sansa in 2012, later in 2013 got the lead role in an independent thriller film Another Me, based on the novel by Catherine MacPhail.

Turner, the cast of the comedy film Barely Lethal, alongside Hailee Steinfeld in 2013, also gave her incredible performance in the television film The Thirteenth Tale. Even though Sophie has not revealed about her income through the big screen, she has amassed a huge bank balance. Have a look at the clip of The Thirteen Tale.

Turner also portrayed mutant Jean Grey in the X-Men franchise X-Men: Apocalypse, which hit the box office collection of $543.9 million and made the profit around $365.9 million. The budget for the movie was $178 million.

In February 2017, Sophie Turner announced that she would reprise her role as Jean Grey in the new film X-Men: Dark Phoenix, which will be released on November 2, 2018. Let's wish her best.

Sophie likes to keep her property details under wraps. As reported, she currently lives in her mansion in her hometown in Chesterton, Warwickshire. However, the detail of her house is not disclosed yet. Well, her fiancee Joe Jonas often visits her in her home.

It's not only the car that she owns. She is also the owner of a Range Rover($85,650). Sophie, in her series Carpool Karakoe, along with Maisie Williams was seen driving her Cadillac Escalade. The starting price of the car is $73,995.

Wow, beauties in a beautiful car.

Sophie Turner is a dog person

Sophie seems to be fond of dogs as back in September 2017, she adopted a new dog. Sophie posted a photo of her dog namely Porky Basquiat, a Siberian Husky captioned with "Meet the newest addition to the krew."

Meet the newest addition to the krew @porkybasquiat ??

Sophie already owns a Mahlek Northern Inuit, which she named her Zunni, which played the role of her Dire Wolf on the set of Game of Thorns.

Well, the generous actress also shared a photo of a dog which she rescued from the streets. The name of the dog is Brasco Thompson, and is living its life to the fullest. Have a look.

If you are willing to have some puppies like Sophie's, and thinking about its price, then we are glad to inform you about the puppies prices. The Siberian Husky costs about $970 and a Northern Inuit cost ranges from $800 to $1000.

In March 2017, Sophie Turner announced that she had become a patron of Women for Women, an organization which supports female war survivors and Rwanda rape victims, where hundreds of thousands of women and girls were raped during the Rwandan genocide in 1994.

She even made a short- documentary of her encounters with rape survivors that released on the Internation Women's Day. Have a look.

Along with Sophie's upcoming birthday on 21st February, the active members of her fansite SophieTurner.org decided to set up a GoFundMe campaign benefitting International Rescue Committee (IRC) dedicated to helping the refugees worldwide.