Frostsnow https://frostsnow.com/
Home Gossip How much is Yao Ming net worth? Know about his career and awards

How much is Yao Ming net worth? Know about his career and awards Yao Ming is a former Chinese professional basketball player who played for the Shanghai Sharks in Chinese Basketball Association and for Houston Rockets in NBA. The 36-year-old former player had a very good career in basketball which he started since 1997 and he played till 2011.

The 7 feet 6-inch tall basketball player garnered very good fame through his game. He has also earned a very good amount of money from games and endorsements which add up to his million dollars net worth. To know more about his net worth and about his splendid basketball career, stay with us.

Yao is one of the tallest players in the history of the NBA from which he retired in 2011. Yao Ming has a net worth of around $120 million. Yao had a very luxurious house in Houston where he used to reside during his career in NBA but he migrated to his hometown Shanghai after his retirement from his profession in 2011.

The house was very nicely designed interiorly which had a nearly 12,000 square feet of living space, six bedrooms & 9 bathrooms. 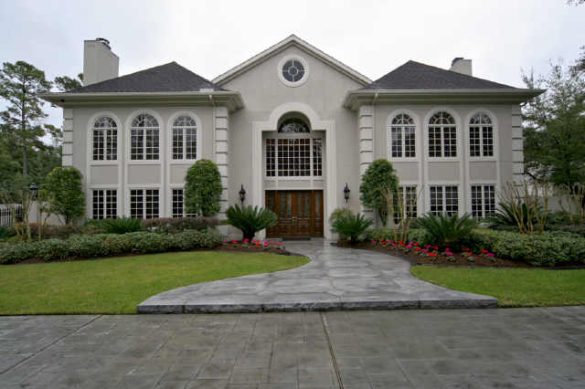 Yao is not from those normal people who can do anything they want. He is a very tall man so he faced some problems while buying the luxury car. In 2007, he was impressed by the midnight blue BMW 7-Series sedan, particularly by its sharp, quick and sensitive handling and the handsome tan interior. Yao bought the car through a dealer in Houston, Texas but couldn't find it comfortable.

Its interior space was not enough for the person like him so he felt like he was trapped. He then tried to find someone who can transform that cramped interior into a spacious place which was almost impossible.

Yao was tall from his childhood days so he started playing basketball while he was in school. Yao before moving to NBA played with the Shanghai Sharks for a few years. After playing for about four years with the team he was picked by the Houston Rockets as the first overall pick in the 2002 NBA draft.

Playing with the team, he reached the NBA Playoffs for four times and the Rockets won the first-round series in the 2009 postseason which was their first playoff series victory since 1997.

Playing as a national player from China, he has made his appearance in 2000, 2004 & 2008 summer Olympics while he has led the Chinese national team to consecutive 3 FIBA Asian Championship gold medals

Yao has won several awards and achievements during his career while he was admitted into the Naismith Memorial Basketball Hall of Fame: Class of 2016. He has been selected in 8× NBA All-Star for consecutive 7 years from 2003 and also in 2011.

He was successful to become the MVP of 2001, 2003, and 2005 FIBA Asian Championship. Including these, he has also won several titles and honors which distinctively clarify how good a player he was.

As Yao has now retired from NBA we wish all the very best for his future endeavors.