Frostsnow https://frostsnow.com/
Home Gossip How Much is the Net Worth of Hip-Hop artist Nicki Minaj? Have a look at her Career and Awards

How Much is the Net Worth of Hip-Hop artist Nicki Minaj? Have a look at her Career and Awards

Onika Tanya Maraj widely known by her stage name Nicki Minaj is the queen of rap. Nicki is a rapper, singer., model, songwriter and an actress. Nicki who is known as the most powerful woman not only in the rap and hip-hop industry but one of the most potent and idolized woman in the world is the singer of popular hit songs like Anaconda, Super Bass, Fraud etc.

As a singer, Nicki Minaj has collaborated with numerous singers and rappers like Ariana Grande, Eminem, Lil' Wayne, Drake, Beyonce and many others. Moreover, Nicki is also an actress and has appeared in movies like The Other Woman.

Barbie in @alexanderwangny - my baby Alex nailed the design of this entire get up. Obsessed. NEW YORK!!!

Today, we are going to talk about Nicki Minaj's career and net worth.

Nicki Minaj is one of the biggest names in the rap industry and all that started after she decided that singing was boring and adopted rapping as her hobby. Nicki released her mixtapes and soon gained attention from media and others. Soon Nicki started getting exposure finally leading her to get discovered by rapper Lil Wayne.

In 2009, she signed records with Young Money Entertainment and by November of the year, she appeared Yo Gotti's remix '5 Star Bitch' alongside Gucci Mane and Trina. She also was featured in 2 music videos Roger That and BedRock on We Are Young Money which is a compilation album.

Meanwhile, Nicki made her breakthrough as a rap artist in 2010 through her album Pink Friday. The lead single of the album 'Your Love' was a massive hit landing in the 14th place of Billboard Hot 100.

Another one of her massive hit songs is 'Super Bass' which landed on 3rd place in Billboard Hot 100. The song was certified octuple-platinum as the song had initially gotten exposure through Taylor Swift and Selena Gomez talking about it.

Ok why did they body #BarBEY like this?  iiiiimmmmmm #FeelinMyself

As she worked as a singer, she also made an appearance on American Idol as a judge alongside Mariah Carey.

Throughout the years, Nicki has released numerous albums like Rink Friday: Roman Reloaded, The Pinkprint leading to her most recent album which has not been named yet. However, 3 of the album's singles have already been released and are a massive hit. Apart from working on her albums, she has also collaborated with numerous artists alone in 2017 like Katy Perry for Swish Swish, Jason Derulo for Swalla etc.

Nicki indeed is a hard-working woman as she is among the few women who become this successful in the rap industry.  The 34-year-old has won 97 awards as an individual artist and with her club Young Money till date and she has been nominated for almost 277 awards in general. 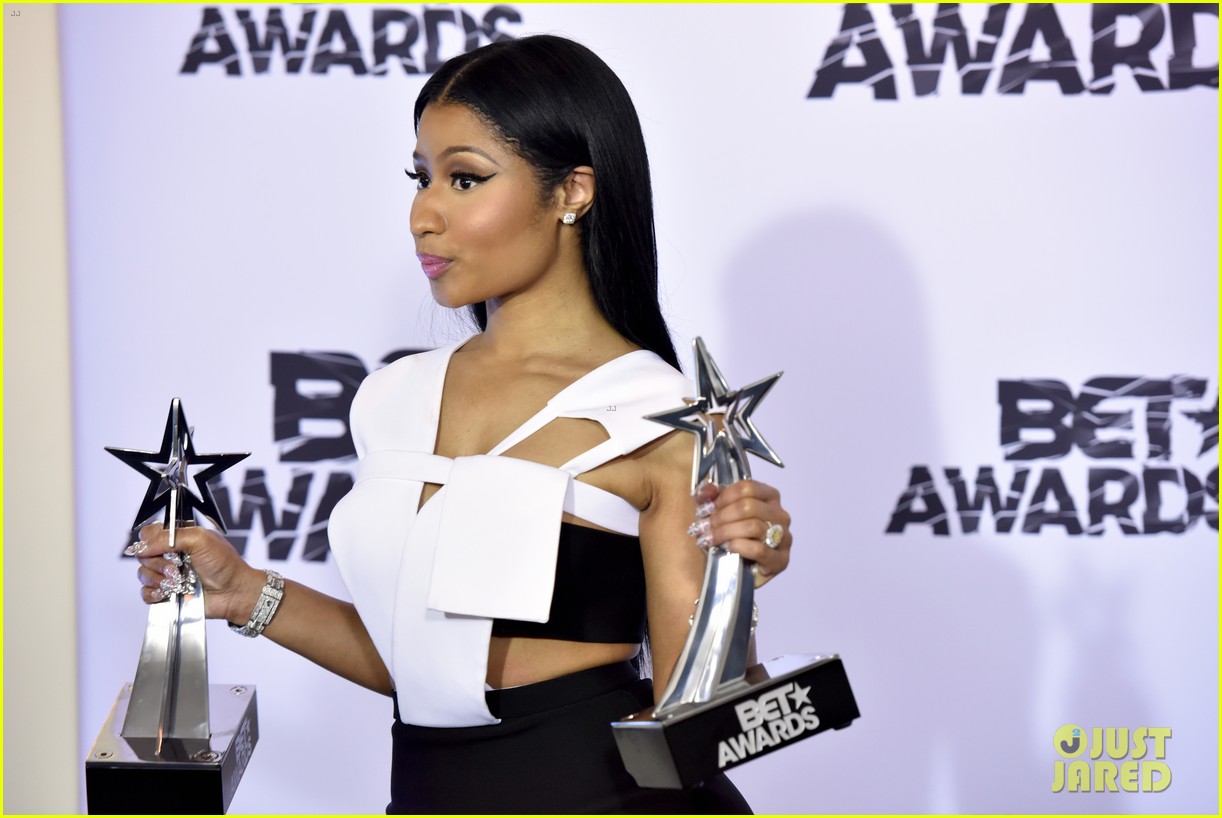 Nicki's main source of income is her career as a rapper and singer. However, the singer also earns a lot through her endorsements and partnerships. Nicki is the co-owner of Myx Fusion which is an alcoholic drink product and alos endorses a beverage product, Pepsi.

Also check out a video on her net worth, below here.

Ok I'm about to announce my winners on twitter. This might be the illest gift set I've ever seen. My fans deserve it. They're gonna be so happy. But mad jealous too if they don't win. Awww love u  #MACxNickiMinaj @maccosmetics you're getting like 20 lipsticks and 2 glosses. Yikes. Plus my signature colors #ThePinkprint & #NickisNude We've officially launched in the US!!!!!!

Being the wealthiest woman in the hip-hop industry Nicki indeed loves to spend on high-end clothing and a lot of diamonds. She loves bling, and she shares numerous pictures of herself splurging on her bling attires and accessories.

The Barbie chain glow up tho

Moreover, Nicki is also known for her girly pink ride a Lamborghini Aventador which costs a whopping,$400,000. She also owns a massive mansion in Beverly Hills.

Apart from all the expenditures, Nicki is also a very helpful person and donates a lot of money. Not long ago, she started a campaign through her social media called 'Get Schooled Foundation' through which she paid the tuition fee of those who submitted her with reports of straight A's. She also owns her charity organization called My Pink Friday and supports other charity programs like American Red Cross and Food Bank of New York City.

Show me straight A's that I can verify w/ur school and I'll pay it. Who wants to join THAT contest?!? Dead serious. Shld I set it up? https://t.co/czH715u64a

However, recently in 2017, her house mansion was robbed, and she went around $200 thousand short after it. Apart from her robbery, her house was also trashed, her clothes were ripped off, and photo frames were even destroyed.