Frostsnow https://frostsnow.com/
Home Gossip How Much is Tevin Campbell's Net Worth? Know about his Salary, Career and Awards

How Much is Tevin Campbell's Net Worth? Know about his Salary, Career and Awards On Frostsnow today, we bring to you the career and net worth of the famous American singer/songwriter/sometime actor Tevin Campbell, the R&B sensation who reached the peak of his career in the 1990's.

Tevin, who belted out one after another hits throughout the end of the twentieth century, also won Soul Train Music Award in the category of  Best R&B Single, Male in 1994 for his hit song Can We Talk.

The Waxahachie, Texas-born Tevin went on to become one of the icons of the 90's R&B music. His journey to success started when his mother first arranged his audition with famous jazz flutist Bobbi Humphrey in1988. Bobbie was so impressed by Tevin that he submitted the audio and video records of the young prodigy to Warner Bros. Tevin didn't have to look back ever since. 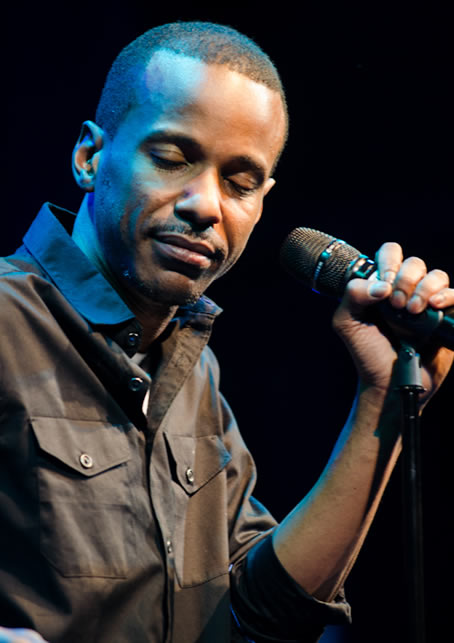 The singer/songwriter released his debut single, Tomorrow (A Better You, Better Me) in 1990. The song reached the top spot on the Billboard Hot R&B/Hip-Hop Singles chart in June 1990.

Check his first hit in the video below.

Round And Round, The Best of Tevin Campbell

Though his net worth hasn't been revealed yet, according to Celebrity Net Worth, Tevin's net worth in 2015 was around 2 million dollars. Tevin also makes good sum with his concert and tours. As per MTO News, Tevin charges an amount of $15,000 per a show.

Tevin Campbell performed a concert in July 2016 in Cape Town

In addition to his career as a singer/songwriter, Tevin has also earned money as an actor.  He has starred in two movies, A Goofy Movie (1995)and Graffiti Bridge (1990). Among the two, A Goofy Movie is his highest grosser, with the total collection of  $35,348,597.

In 1990 Tevin won the Young Artist Award for Round And Round and won the Soul Music Award for Can We Talk in 1994.

In 1999, Tevin was arrested for the possession of marijuana and was fined $1,080.50. He was also ordered to attend Narcotics Anonymous and take awareness classes.