Frostsnow https://frostsnow.com/
Home Gossip How Much is Tennis Player Pete Sampras Net Worth? Know about his Career and Award

How Much is Tennis Player Pete Sampras Net Worth? Know about his Career and Award

We frequently talk about renowned tennis players such as Rafael Nadal, Serena Williams, Roger Federer, and today here we have for you the legendary retired tennis player whose net worth will keep your jaw dropping. You might already be guessing a name, but let us clear out your doubt right here.

We are talking about Pete Sampras, one of the worlds best tennis players ever. In the course of time, this award winning Tennis player won 64 A grade single titless and two double titles. With immense success, Pete has won trillions of hearts and is also able to boost up his net-worth.

In his 14 years long career, he has won many accolades, prizes worth millions of dollars and therefore one can have a fair notion about the riches that the player has accumulated. But do you know how much money does Pete makes even after his retirement?

Read the full article to know about his net worth.

Pete Sampras has become a 14-time Grand Slam singles champion through out his entire sports career. He is the last American male till date to win the ATP World Tour Finals and Wimbledon events.

Pete Sampras, one of the greatest tennis players of all time

Sampras has participated and won in different prestigious tennis events like Australian Open, French Open, Wimbledon, and US Open. We can imagine how incredible must be Pete's net worth as these achievements also rewarded him with a huge chunk of cash.

Pete has a jaw-dropping net-worth estimated to be worth $150 million. His career, medals, championships, wins, and loss is not a hidden fact, and this shows hows great player he is. Pete has an incredible net worth leading to a luxurious lifestyle. He has many houses and mansions in California along with luxury cars.

Recently, Pete sold his magnificent house at Bentwood, California where he lived along with his wife and sons. The couple bought the house for the first time in 2009 for $5.9 million and later renovated the house, modifying the interior and adding a resort style swimming pool.

The house is in the half-acre lot and looks striking with the fountains, streams, and trails. There is a pool, spa, kitchen, and sprawling manicured lawns at the outer place of the house.

Tennis icon Pete Sampras and his wife, actress Bridgette Wilson-Sampras, sold up their lavish mansion worth $7.25 million after final renovation. The 6,900-square-foot home is purchased by a well-known face Matt Bellamy who is a British rock star.

He drives around in a Porsche 911 Turbo & has a few other expensive cars. When once invited by Matthias Müller, Chairman of the Executive Board of Dr. Ing. h.c.F. Porsche AG, to the Porsche production facility in Zuffenhausen, Germany, on April 22, Sampras shared his feelings,

For me as a passionate Porsche driver, it has been very interesting to see how these cars are built and to meet the people behind Porsche 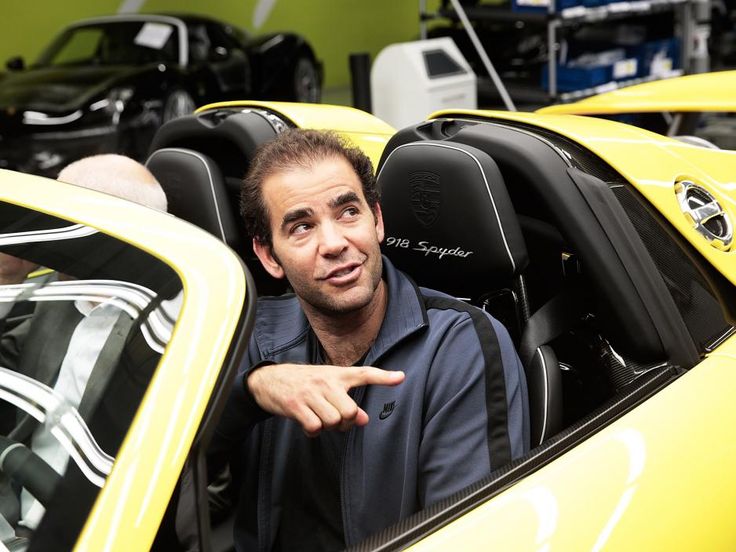 He even owns a private jet. Although he is a retired player, he still plays benefit matches to raise money for disadvantaged people. What a great man!!

Pete Sampras and his wife have huge Net Worth together

Pete Sampras is married to actress Bridgette Wilson. His wife Bridgette Wilson-Sampras is a former Miss Teen USA in 1990. She played major roles in “Billy Madison”, “I Know What You Did Last Summer”, “Saved By The Bell” and “Mortal Kombat” gaining herself fame and money. The famous actress' net-worth is estimated to be $8 million.

A post shared by professional tennis players (@protennislife) on Sep 8, 2017 at 1:19pm PDT

Well, both of them are successful personalities, and together they have a net-worth of $158 million. Currently, the duo is enjoying their life together along with their two children.

Even though Pete's current life looks wow and easy, it wasn't, in reality, the process was hard. It's not everyone’s cup of tea to become a champion for so long. It requires a lot of dedication, hard work, real passion, and devotion. We believe that the new generation will learn more from him.

You may also read: Actress Bridgette Wilson Married to tennis player Pete Sampras. Find out about their relationship.