Frostsnow https://frostsnow.com/
Home Gossip How Much is Shaun White's Net Worth in 2018? Detail About His Salary, Career and Awards

How Much is Shaun White's Net Worth in 2018? Detail About His Salary, Career and Awards Despite being born with Tetralogy of Fallot, a congenital heart defect, and having many surgeries, he never gave up on his passion for skateboarding. Now he is the most renowned skateboarder in the world and financially successful too. In 2018, Shaun is worth an estimated $40 million.

To know more about how much Shaun White salary, career, and net worth, read below.

Starting off a professional career at a young age is tough, but Shaun White worked hard and ended up having a prominent career in snowboarding. From an early start, he was sponsored by T-mobile, Target, Mountain Dew and HP and has a corporate relationship with Red Bull. Shaun has a 10-year multi-million deal with Burton Snowboards since 2009.

In addition to endorsing clothing line and snowboarding videos, Shaun also has his own video games including Shaun Palmer's Pro Snowboarder, Shaun White Snowboarding, and Shaun White Skateboarding. All these are mostly based on his moves. 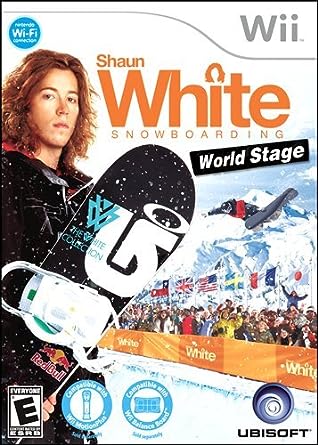 In 2017, the skating legend sold his 4,500-square-foot Hollywood Hills West crib for $6.7 million which had cost him $2.5 million in 2009. Apart from sports and endorsements, he also makes monthly income by renting his Malibu beach house. He also rents out his Encinitas, CA, home which he bought for $3.85 million in 2012. Shaun, besides being an impressive athlete, is also an actor and a singer. He is the guitarist in the electronic rock band Bad Things. In 2016, his fellow band member Lena Zawaideh had sued White for sexual harassment and breach of contract. The case was settled outside the court but the terms of the settlement haven't been revealed.

The certified gold Olympic medalist earned $9 million from his endorsements in 2008 according to Forbes magazine. Shaun is one of the richest snowboarders and earns $10 million per year. As of 2018, he has an estimated net worth of $40 million. Considering his increasing endorsements deals, his net worth must have raised this year.

Shaun White's career from the beginning and awards

In 2009, White won the FIS World Cup Men's Halfpipe event held at Vancouver's Cypress Mountain. In FIS halfpipe records, he has the highest score of 47.3. His name was spotted on the ninth position in the list of Best Snowboarder in the World created by Snowboarder Magazine.

In the 2012 Winter X Games, Shaun scored a perfect 100 in the men's Snowboard Superpipe. He was the first person to create such a record at Winter X. In 2013, Shaun won his 6th consecutive SuperPipe victory. In the same year, he became third in the Pipe & Slope contest at the FIS Snowboard World Cup held in Copper Mountain, Colorado.

Recently he qualified in first place for his fourth Winter Olympics which will be held in Korea.

Transworld Snowboarding's Rider Of The Year, Shaun White has an outstanding career, and hope he will gain more success in the future.

What is Shaun White Net Worth?

What is Shaun White Age?