Frostsnow https://frostsnow.com/
Home Gossip How Much is Sally Nugent's Net Worth?Know about her Salary, Career and Awards

How Much is Sally Nugent's Net Worth?Know about her Salary, Career and Awards Sally Nugent,  the hardworking and dedicated English journalist and news reporter, has earned a lot of popularity through shows like BBC Breakfast and BBC Weekend News.

Undoubtedly, her net worth also seems to have kept pace with her increasing popularity.

To know more about Sally's fortune, stay with us.

Sally Nugent has come a long way since she first started out at BBC Radio Merseyside before switching to read the sports news on BBC North West Tonight.

You may also read: Is Charlie Stayt Married to Susanna Reid? what about their married life and relationship?

In 2003, she became a sports reporter for BBC News and then finally went on to become a sports news presenter on the BBC News Channel. Later she went on to replace Susanna Reid on BBC Breakfast.

Though Sally has moved on from sports to other programs, her interest in sports has not abated yet. Just check out this May 2017 tweet.

Andy Murray keeping one eye on his @QueensTennis trophy. Tomorrow on @BBCBreakfast pic.twitter.com/Jr1pn2LalZ

During her time as sports presenter and reporter at the BBC News Channel, she traveled to Germany to report on the 2006 World Cup. 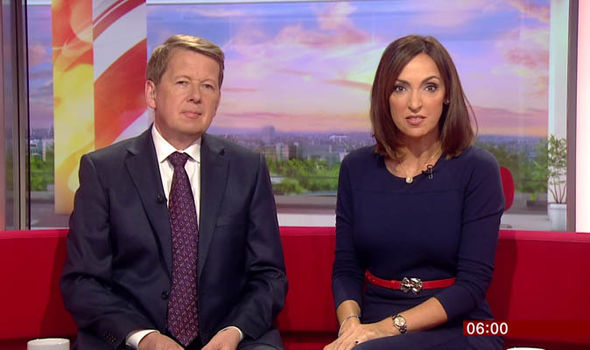 Since April 2012, she has been presenting sports bulletins alongside Mike Bushell on BBC Breakfast. Nugent presented the show on the Christmas Eve 2012 with Bill Turnbull.

Also, read: Is Bill Turnbull being replaced from BBC Breakfast? What is the net worth of this Journalist?

How rich is reporter Sally Nugent? Know her annual earning and total net worth

Given the prominence that she has attained in the news channel and her soaring popularity, it's not a stretch to imagine that Sally earns a decent amount of money. Her annual salary is estimated to be around $300 thousand. Other than that, she also draws additional money from things like pregame commentaries.

Welcome to our office for the evening. Backstage at @BBCSPOTY pic.twitter.com/ACMW9InmS0

According to some sources, she also received over $50 thousand in 2016 from ads and advertisements.

However, given the disparate figures put by different sources, it is hard to accurately figure out her net worth. Though one can easily assume that it runs into millions.