Frostsnow https://frostsnow.com/
Home Gossip How Much is Rob Feenie's Net Worth? Know about his Salary, Career and Awards

How Much is Rob Feenie's Net Worth? Know about his Salary, Career and Awards Can you imagine life without yummy meals? Whenever you visit a good restaurant that serves delicious food, do you ever wonder about the hands behind it? One among the renowned chef is Rob Feenie who is a famous Canadian Chef. Not only a chef but he is also a renowned restaurateur.

If you are thinking about Rob’s annual salary and his total net worth today, we will discuss this including his career and awards as well. Keep reading:

Rob Feenie career transformation from a graduate to restaurateur

Rob is a Dubrulle Culinary Institute graduate. He began working at several restaurants right after his graduation as a sous chef. In his early days, he worked at some famous restaurants including The Rim Rock Café, the Oyster Bar located in Whistler, British Columbia, The Cherrystone Cove as well as Le Crocodile situated in Vancouver. 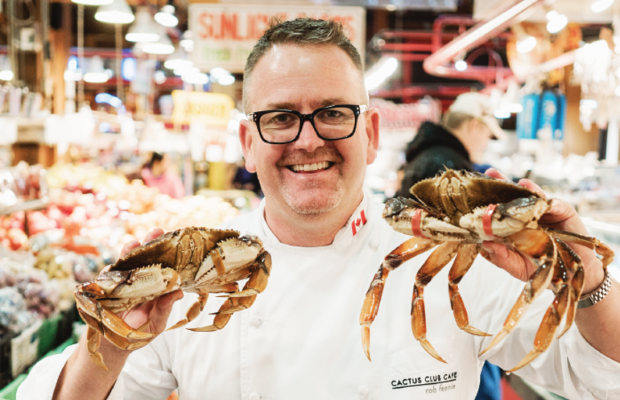 Surely things were quite tight during the early struggling phase for Rob, but later he started getting the grip. After some time, he introduced his own restaurant in the Crowne Plaza Hotel in Toronto named Accolade Restaurant. There’s more to Rob than you just think. He is also the founder and former co-owner as well as executive chef of Vancouver's Lumière and Feenie's. He left in it 2007 due to some conflict with business partners. He served as the Food Concept Architect of Cactus Club Café in early 2008. Besides, he is also a chef-consultant.

Apart from working at restaurants, Rob has appeared on various TV shows including his own ‘New Classics with Rob Feenie’ aired by Food Network Canada. His other shows include ‘Iron Chef America,' ‘White Spot commercials,' and ‘Top Chef Canada.'

Rob has also tried his luck in writing as he has written some great books such as ‘Rob Feenie Cooks at Lumière,' ‘Lumière Light,' ‘Feenie's’, and ‘Vancouver Cooks (Contributor).'

Rob’s work in the field of food and restaurants has been praised by many. His restaurants Lumiere and Feenie’s even received the esteemed Relais Gourmand designation as well as the Mobil Travel Guide 4 star rating. To add more to it, they even earned the AAA Diamond Award.

After winning the Iron Chef America in 2005, he became the first Canadian to do so. He is also the first person to become the president of "Hokanson Chef in Residence" at NAIT which happened in 2009.

After reading Rob’s prolific career and achievements, you might already be guessing his huge net worth. To free you from your doubts, let us tell you that he has an estimated net worth of $2 million. He also makes a lot of money annually from his restaurant businesses.  Rob’s net worth might have impressed you if you are one of his fans.

Also  find out How Much is American chef Graham Elliot Net Worth? Know about his Property and Restaurant

We must admit that Rob Feenie has worked pretty hard to reach up to where he is today. Now, the world doesn’t simply call him Rob, but they call him Chef Rob Feenie. All of its credit goes to his hard work and dedication.