Frostsnow https://frostsnow.com/
Home Gossip How Much is Restaurateur Pat Neely Net Worth? Know about his Career and Restaurant

How Much is Restaurateur Pat Neely Net Worth? Know about his Career and Restaurant Pat is an an American restaurateur, television personality and an author who has become famous in the world of cousine. So let us dig a little deeper about Pat Neely's net worth and income. Also get the details about his prolific career and the restaurants he has own. Stay with us:

Pat Neely took his media career to a new level beginning from the 2016-2017 season by hosting and executive producing the show named Save To Win. For Pat, the show turned out to be an early chapter in an exciting and diverse adventure that unlocked many more doors.

When Pat's restaurants became famous, he not only embarked on a career as one of America’s favorite celebrity chefs with Food Network’s Down Home with the Neelys but also shared some of the top secrets behind his favorite dishes and his interest for food, fun, and family.

For Pat, Down Home with the Neelys was the highest-rated series debut in the history of Food Network’s “In the Kitchen” block. The show enjoyed thirteen successful seasons on that network and its sister channel, GAC.

Pat and his cookbook: Pat as an author

Pat not only knows how to cook but also knows how to prepare recipes. Pat is a respected cookbook author with the New York Times best-seller Down Home with the Neelys (Knopf, 2009), and its follow-up, The Neely’s Celebration Cookbook (Knopf 2011) under his belt. 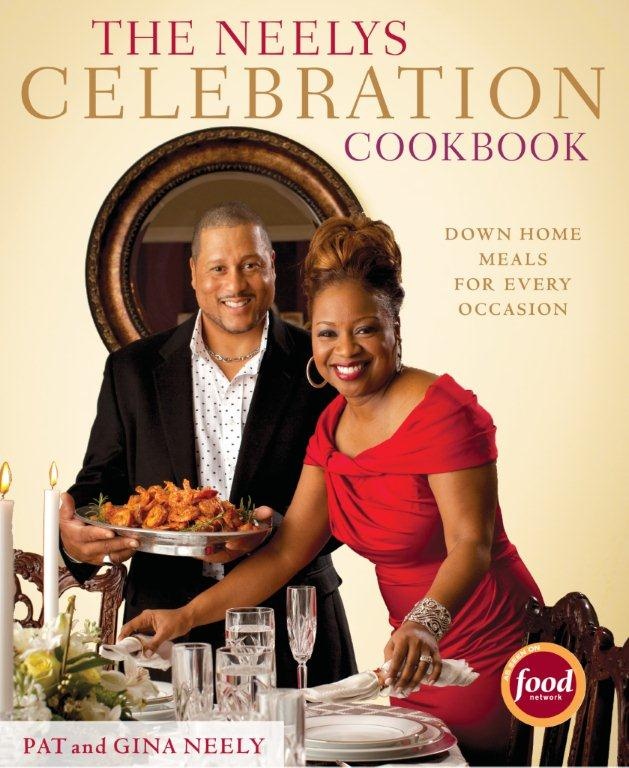 Down Home with the Neelys: A Southern Family Cookbook

Pat’s most recent book, Back Home with the Neelys (Knopf), was published in April 2014. In 2013, he partnered with QVC to offer a line of branded cookware.

May be Pat wasn't still happy with the success he had achieved through his books and restaurants so he did something more to add up to his net worth.Pat served as a national brand ambassador for Family Dollar Stores.

La Estancia International Food Festival, “Cuisine of the Sun” will bring together some of the biggest names in food as well as top chefs from around the world. April 26-29, 2017 | cuisineofthesun.villagroupresorts.com

He also represented several other major brands in national marketing campaigns including Kraft Foods, McDonald’s and Boston Market and has appeared on various national television and radio shows including Good Morning America, The Rachael Ray Show, In the Kitchen with David, The Wendy Williams Show, The Monique Show, Home & Family, Anderson Live and much more.

Pat and his restaurants:

As a highly successful restaurateur, Pat has owned and operated restaurants in Memphis, Nashville and New York City. In 2007, Pat was named Restaurateur of the Year by the Memphis Restaurant Association.

Are you ready to kick off your holiday weekend?

Pat has also been seen engaging and participating in several charitable boards and committees and he is a member of The Dreamers Club for the National Civil Rights Museum. Pat Neely's patience and hard work have really paid him off and made him accumulate an unbelievable net worth of $1.5 million. Considering Pat’s activities currently, we totally believe that the amount will rise in coming years.

So, now you do have an estimation of his lifestyle we hope the net worth he holds is justified. Please stay in touch. And for more updates keep on visiting Frostsnow.