Frostsnow https://frostsnow.com/
Home Gossip How Much Is Rapper Boosie Badazz's Net worth? Details on His Career, Awards, and Property

How Much Is Rapper Boosie Badazz's Net worth? Details on His Career, Awards, and Property Born as Torrence Hatch, Boosie Badazz is an American rapper from Baton Rouge, Lousiana. Formerly known as Lil Boosie, the 35-year-old rapper is married to Walnita Decuir-Hatch and shares three children with her. Badazz has been imprisoned for eight years pledging guilty to drug charges. While in prison, he released his album Incarcerated.

So, how successful is the rapper? How much salary does he earn? Well, today in this section, we will know the details about Badazz's property, awards, earnings, and career.

Boosie Badazz, who was born in one of the poorest family in Baton Rouge is currently regarded as one of the richest rappers. Badazz whose net worth in 2015 was reported to be $800,000, is estimated to have a net worth around $4 million currently.

Boosie again released his another album Touchdown 2 Cause Hell in mid-2014 which collected around $144,796. Apart from these, the income details of Penitentiary Chances, the joint album with C-Murder and Boopac of 2017, is not out yet.

In February 2017, Badazz revealed his new mansion through his Instagram video. The mansion on the 40 acres of land is in Atlanta and is estimated to be worth $50 million. However, in the interview, Badazz told that he paid $3 million for the mansion.

He even disclosed his love to the Mexican people and their work ethic. Have a look at this video. 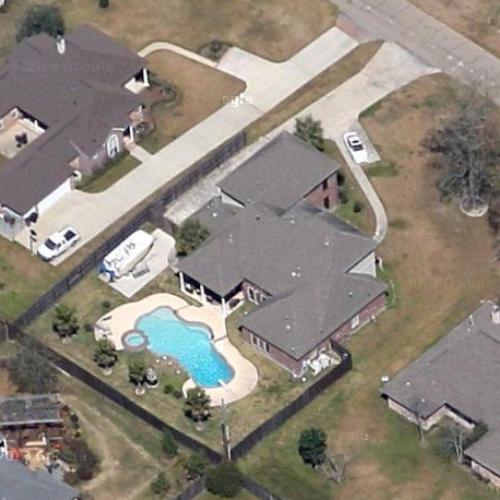 Let's have a look at the rapper's cars.

Badazz, who also owns a Camero SS worth $33,000, has a huge collection of other beautiful cars. He owns a Dodge Challenger, Bentley Mulsanne, Rolls Royce Ghost, and Wraith. 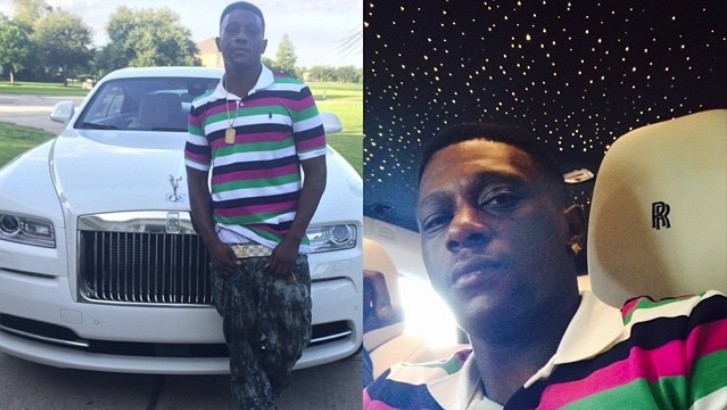 Badazz and his Wraith

Badazz is also an active philanthropist. He showed his love and responsibility helping the flood victims of his home state, Lousiana in August 2016.

As per Badazz's Instagram, Boosie and his brother/manager TQ  supplied flood victims with clean underwear, bottled water, and hygiene kits. Have a look.

Me and @therealtq had to load the last truck solo! Just Doing what I can to help my people effected by the #brflood2016 #louisianaproud #minorsetbackforamajorcomeback 20,000 socks n underwear for men, women n children/ bottle waters n hygiene kits available also ??

Now, Its time to know about Badazz's career.

Boosie, who was mentored by Young Bleed and C-Loc, joined the group called Concentration Camp at the age of 14 in 1996. Later at the age of 17, he released his debut album Youngest of da Camp and stepped up in the music career. In 2001, after being an alias of the Trill Entertainment, Badazz released his another album For My Thugz.

Badazz collaborated with Webbie for the album Ghetto Stories in 2003 and released his second compilation album Gangsta Musik. In 2005, Badazz signed a deal with Warner Bros Records, and in 2006, he released his major label debut album Bad Azz.

In 2009, Boosie released his second major album, Superbad: The Return of Boosie Bad Azz. Shortly after the release of the album, he was prisoned pleading guilty to drug charges and attempted murder in November, the same year. While in prison he released an album Incarcerated in 2010. However, he was found not guilty of first-degree murder on May 11, 2012, and was released on March 4, 2014.

The rapper officially changed his name from Lil Boosie to Boosie Badazz on October 20, 2014, and liberated his album Touchdown 2 Hell Cause and Life After Deathrow on September 23 and October 30, the same year. Collaborating with C-Murder, he released their joint album Penitentiary Chances on April 15, 2016, and album Boopac in 2017.

Well, the singer has not released any albums in recent past. Hope Badazz comes up with his new rocking album soon.