Frostsnow https://frostsnow.com/
Home Gossip How Much is Rafael Nadal net worth? Know about his Career and Awards

If we talk about sports and hot men, we’re sure a bunch of lads will pop up in your mind. But tell us honestly, who is the hottest in tennis? If your answer is Rafael Nadal, we’re totally on your side.

15 grand slam title winner Nadal professional life as a player is known by many. His games, medals, championships, wins, and loss are not a hidden fact, but do you know how much money the 31-year-old champ makes? Read the full article to know about his net worth:

Rafael Nadal: One of the best tennis players

Spanish professional lawn tennis player Nadal has a jaw-dropping net worth of $140 million. As per 2016’s records, Nadal has earned a lot of tournament which made him earn $78 million cash prize. He is considered as one of the greatest tennis players of all time. 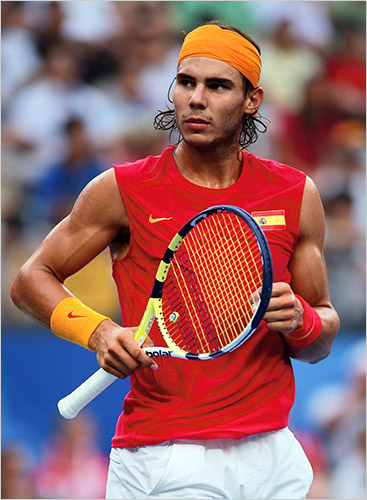 In 2008 Olympics, Nadal made himself win a Gold Medal as well as four Grand Slam titles. Just in case you might not know, Nadal is the second male tennis player to ever accomplish such great achievement.

Till date, Nadal has won the French Open championship nine times, Australian open once, Wimbledon two times and the US Open twice as well. He is the only player in the history to win  ATP Masters’ 1000 titles.

Rafael Nadal with his car

By winning the Monte Carlo Masters In 2017, Nadal became the first male to win the same tournament ten times. Just after a week, he won the Barcelona Open Banco Sabadell for 10 times again. Recently, he won the 2017 French Open. By winning the 2017 French Open, Nadal succeeded in making himself the first male and second person to win a single Grand Slam tournament 10 times.

Apart from his winning prizes, Nadal earns million of dollars every year from his brand endorsements. You might not believe but in 2015, Nadal earned $21 million just from endorsements. In 2016, he became one among the highest paid celebrities in the globe by earning $40 million dollars from his tournament wins and endorsements.

Nadal has won multiple awards till date. He won his first award, ATP Newcomer of the Year Award, in 2003. Later, his works made him earn many more including the Golden Bagel Award three times, the Prince of Asturias Award, the 2008 ATP World Tour Champion trophy, the Stefan Edberg Sportsmanship Award, etc.

This is how amazing Nadal’s career and achievements has been. With a net worth of $140 million and worldwide fame is something that inspires the youth to dream and make it happen. One thing to consider about Nadal is that he didn’t achieve all the things in a grant. Rather, he worked really hard for it.