Frostsnow https://frostsnow.com/
Home Gossip How Much Is Michael E. Knight Net Worth? Know About His Career And Awards

How Much Is Michael E. Knight Net Worth? Know About His Career And Awards

Who can forget Tad Martin from ABC’s ‘All My Children’? He is none other than Micahel E. Knight who is not just known for his role on the super hit soap opera, but also other renowned shows and featured movies. Michael has been super active in the TV industry since the early 80s and he can still be seen today.

Michael’s career is pretty impressive but the thing to think about him is his net worth. Michael owns such a tremendous net worth that you might have barely guessed. Let’s dig into it and also find out the details regarding his career and the awards he has bagged:

‘All My Children’ was Michael’s major debut work which brought him huge success. From 1982 to 1986, he was a regular face on the show. However, after a gap, Michael came back again in 1988 and worked until 1990. Following this, after a couple of years, Michael returned back on the show’s finale in 1992.

Also  find out Television presenter Rav Wilding; Know about his net worth and Career 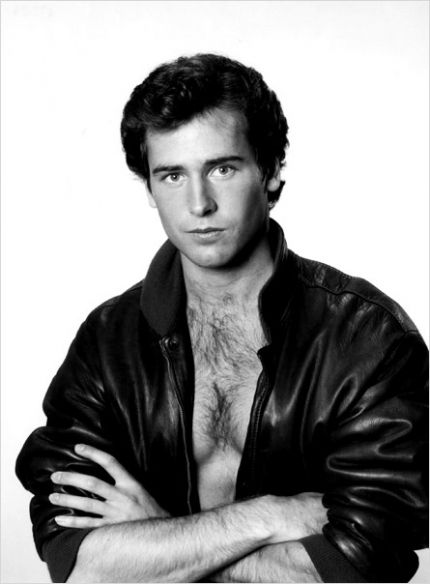 If you are thinking that was the last, it isn’t! Michael was seen on the ABC show's online revival in 2013 as well.

Watch Michael E. Knight in an episode of All My Children:

The reason behind Michael’s disappearance from All My Children is his works on other programs. He did a featured film named ‘Date with an Angel’ in 1987 as well as ‘Murder, She Wrote’, ‘Dear John’, ‘Grapevine’, ‘off-Broadway’, ‘She Stood Alone: The Tailhook Scandal’, and ‘Cakewalk’ in all those while.

Michael’s recent works include his appearance on CBS’ ‘The Young and the Restless’ where he portrayed the recurring role of Dr. Simon Neville in 2015 and 2016.

He appeared on ‘Home & Family’ show in February 2017 which surprised everyone. His appearance on the Hallmark Channel's show made him come together with his All MY Children casts-mates.

Michael has been honored with many prestigious awards till date. In 1986, 1987, and 2001 he bagged three Daytime Emmy Awards. He also won a Soap Opera Digest Award in 1997.

Michael E. Knight with his award

Apart from the wins, the list of his nominations is also pretty long.

You might have already guessed the total worth of Michael E. Knight by now. But let us clarify it and not make you wasted your thoughts. Well, Michael has an estimated net worth of $5 million. His annual income was pretty high in his early and mid years of his stardom but now it is relatively low.

Yet, it doesn’t mean, he doesn’t earn well. Actually, Michael earns a good salary even today adding a lot to his $5 million net worth.

Considering Michael’s career, income, and net worth, we are pretty sure that he has many houses and a number of cars. However, he has chosen not to disclose his personal assets in the media, unlike other celebs. We respect Michael’s privacy.

We hope Michael E. Knight’s work in the TV has impressed you a lot. If you are one of his well-wishers just like us you might as well be wishing for his further success in coming days. His net worth might rise, who knows!?

For updated, be in touch with Frostsnow.com.