Frostsnow https://frostsnow.com/
Home Gossip How Much is Martin Brundle's Net Worth? Know about his Career and Awards

How Much is Martin Brundle's Net Worth? Know about his Career and Awards Racing has always been one of the favorite activities of a lot of boys, but not many might have thought of transforming their hobby into a professional career. Well, Martin Brundle did so!

Brundle is a professional car racer who is most widely renowned as a Formula one driver. He has an estimated net worth of $100 million, and his annual income is also equally high. At present, he works as a commentator and is highly celebrated. Let's find out more about Martin Brundle's career and the awards he has won:

Martin Brundle's career as a Formula One racer

Brundle started grass track racing at a very young age. In mid-teens, he started Hot Rod racing. Later, he promoted himself to Formula Ford circuit as a single-seater racer and BMW touring car circuit. After finding a series of success, Brundle moved forward to Formula Three racing where he competed well successively.

He stepped into Formula one racing only after spending two years in Formula Three races, that is, in 1984. He was signed by Tyrell Racing Organization in the beginning but raced for different teams during his career. Till date, he has raced for Zackspeed, Brabham, Williams, Benetton, Ligier, Jordan and McLaren.

Even though Brundle's career as a Formula One racer was pretty uniform, he never got the chance to win any championships. However, in 1990, he won the 24 Hours of Le Mans. In 1996, Brundle retired from Formula One racing.

Martin Brundle as a racing commentator

Brundle's retirement didn't end his career right there, as he started working as a commentator. He began covering Formula One from 1997. He became the lead commentator in 2011 and by the end of 2011, Brundle was signed by Sky Sports' coverage. He has been working with the company till date.

Martin Brundle as a racing commentator

Brundle also works as a driver manager and is David Coulthard's manager at present. Until January 2009, he co-owned a company named 2MB Sports Management. 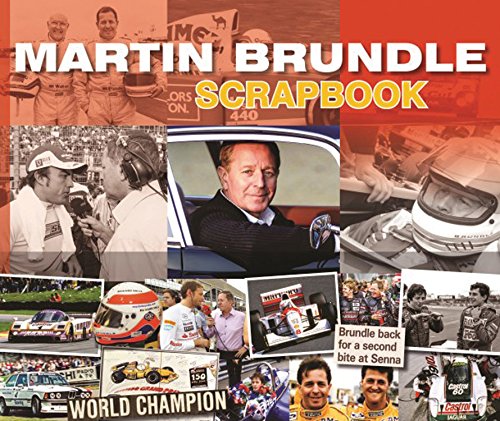 He has also released various books including 'Working the Wheel' which includes his 1996 Melbourne car crash and 'The Martin Brundle Scrapbook' which showcases his life through memorabilia, news cuttings, and photographs.'

During his career as a racer, Brundle won the Grovewood Award as the most promising Commonwealth driver.

Not really interested in sports which don't have an engine but massive respect to Muller/Nadal at Wimbledon. So physical and very intense ??

Brundle lives with his wife Liz and two children in a gorgeous mansion located in Gayton, United Kingdom. Talking about Brundle's car collection, it is quite huge.

All of Brundle's activities as a racer, commentator, and author has helped him accumulate such a huge net worth of $100 million. We believe that he inspires a lot of youth who are into speed and racing.

For more information about your favorite celebs keep updates with Frostsnow. Laura Prepon To Engaged To Ben Foster: The Couple's Love Life Along With Their Child