Frostsnow https://frostsnow.com/
Home Gossip How Much Is Mac Miller's Net Worth? Know In Detail About His Salary, Career, and Awards

How Much Is Mac Miller's Net Worth? Know In Detail About His Salary, Career, and Awards

Malcolm James McCormick, famously known as Mac Miller, is an American rapper, singer, and record producer. His albums are titled as Blue Slide Park, Watching Movies with the Sound Off, Faces, and The Divine Feminine. His first album was at number one on the Billboard 200 chart at that time and had sold about 144,000 copies.

26 years old Mac has an estimated net worth of around $6 million as of 2018. For a self-taught musician, he is extremely talented and has gained a lot of success and fame in his career.

Let's find out more about Mac Miller's net worth, career, and earnings.

Net worth of Mac Miller

Mac's earnings from his album and stage performances add up to give him the monetary value of $6 million. His net worth also includes his properties and cars.

The exact figure he receives for performing on stage at the current time is unknown, but in 2013, he charged $150,000 per show. His album titled The Divine Feminine released in 2016 sold out more than thousands of copies and was charted on the number two spot on the U.S. Billboard 200.

In 2014, he signed the recording contract with Warner Bros. Records for $10 million. This must have boosted his net worth.

Speaking about properties owned by Mac, he has a 6,220 square feet house at Los Angeles, California. He had rented out the house for two years until 2014. The house was also featured on his reality show Mac Miller and the Most Dope Family. 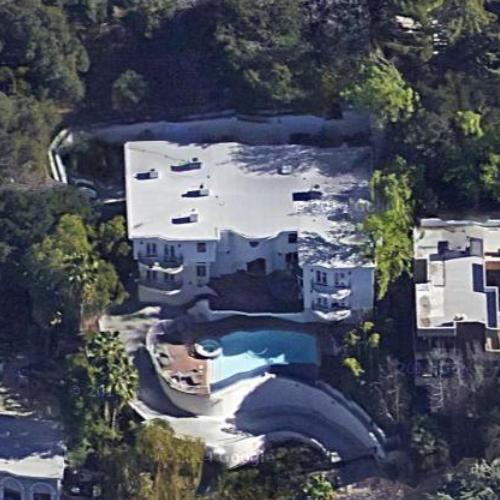 He tasted fame right in his high school days. With his growing success, he bought his own apartment.

The talented rapper is fond of cars. His car collection includes Fisker Karma which was gifted to him by Complex Magazine. The Complex magazine awarded him as "Man of Next year". The current price of Fisker Karma is $130,000. Along with the fabulous car, the magazine also gave him a digital Complex cover and a custom Marc Ecko varsity jacket. In addition to Fisker Karma Mac also owns a Cadillac which market value starts off from $34,705. Miller posing for a photo on his Cadillac

His legal issues involving money also is included in his net worth. On July 9, 2012, producer Lord Finesse had sued Miller for $10 million accusing him of using Finesse's song Hip 2 Da Game on his mixtape.

Additionally, in March 2015, another lawsuit of $15,000 against Miller was filed by '70s band Aquarian Dream for similar reasons. Both of the lawsuits were settled out of the court but the terms of the settlement haven't been revealed.

Changing his dream of becoming a singer to a rapper, Miller rapping career took off when he was just 14. Before becoming known as Mac Miller, he released several mixtapes under the name EZ Mac.

His friendship with Wiz Khalifa highly benefitted the uprising of Mac's career. His association with Khalifa got him the opportunity to work with different record companies such as Rostrum Records in 2010.

Watch the mixtape Chill Out by Mac Miller and Wiz Khalifa.

In 2011, he released his debut album titled Blue Slide Park which was at number 1 on Billboard 200. His second album Watching Movies with the Sound Off was released in early 2013, but it didn't become as popular as the first one. The album featured the guest appearances of Earl Sweatshirt, Action Bronson, Jay Electronica, and many more.

Prior to the release of his first album, he released a mixtape titled Best Day Ever which included the songs, Donald Trump, Wear My Hat and All Around The World.

It was just announced that @MacMiller’s song “DonaldTrump” went platinum—tell Mac Miller to kiss my ass!

The same year, he also founded his own record label imprint REMember Music and toured Europe with rappers Lil Wayne and 2 Chainz. His self-produced mixtape is Stolen Youth and Delusional Thomas, and the first live album is Live from Space.

His third album GO: OD AM was released in 2015 and the fourth album The Divine Feminine with vocals from Anderson Paak was released on September 16, 2016.

Though he has a successful career at present, he faced several ups and downs in past. He was a serious lean addict to manage his stress but stopped taking it in November 2012, just before his shooting for the reality show started. His reality show, Mac Miller and the Most Dope Family premiered on MTV2 in 2013.

Not only has his professional life hit the peak of success, his personal life is also going great. He is currently in a relationship with the beautiful singer Ariana Grande. Hope their relationship will last forever and the couple will soon get married.