Frostsnow https://frostsnow.com/
Home Gossip How Much Is Kether Donohue's Net Worth? Find Out Her Career and Awards

How Much Is Kether Donohue's Net Worth? Find Out Her Career and Awards Over the years, everybody has come to adore You're The Worst actress Kether Donohue. Besides her career in acting, she is involved in doing voice overs for anime and is a fantastic singer as well. Born and raised in Manhattan, United States, Donohue made the best out of the resources the opportunity-fulfilled city had to offer.

After giving her 100%, Kether Donohue finally found her big break and is now well established in the industry. So does this success reflect in her salary? Let's also talk about her career struggles, awards and net worth in 2018.

Calling off Manhattan's Lower East Side home, Kether went to a performing arts school named Anthony Mendl Acting Center. In 2008, she graduated from Fordham University where she studied communication and media studies with a concentration in film. This was her portal into the acting world. 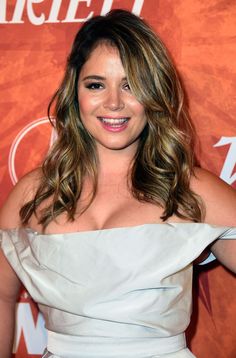 The name Donohue means 'Crown' in Hebrew. She, like many others, went through a lot of struggle to rise up in the industry. She struggled with her weight and felt bad about it. But now, she has learned to love herself and has put her past behind her.

Her Career and Awards

Kether wrote, directed and starred in the short film The Babydaddy which debuted at the 2009 G.I. Film Festival in DC. She also appeared in the 2008 off-broadway production of Okay at the Ensemble Studio Theatre in New York City.

She has also been a part of the television pilot of the CBS show Open Books in 2010. Likewise, she has also appeared in the iPhone 4 commercial.

Likewise, she has been the cast in Boy Wonder, Altered States of Plaine, The Bay and many other movies. She has done voice-overs in Pokemon, Kurokami, and Yu-Gi-Oh! Bonds Beyond Time.

Having appeared in numerous TV shows and films, she has garnered many awards as well. In 2016, she received a Critics' Choice Television Award nomination for Best Supporting Actress in a Comedy Series for the role in You're The Worst.

Kether Donohue's net worth stands at $500 thousand. She reportedly earns $60 thousand a year from all of her works. Details about her home and other possessions like cars and houses are currently unknown. Her show You're The Worst probably earns a lot, provided that it's her best-known show.

THANK YOUU @variety and @shayanhathaway for an incredible shoot and for including me in your #emmyfyc portraits! I'm deeply grateful for your love and support of #youretheworst!! I can't wait for everyone to see our incredible season 4!!! And thank you @bellina13 for fab makeup and @ashchildershair for fab hair!!

The Pitch Perfect actress has done a lot in the acting field. Looking at her current progress, Kether Donohue sure has a high potential of growing in the future.

We wish her all the luck.