Frostsnow https://frostsnow.com/
Home Gossip How Much Is Katherine McNamara's Net Worth? Know Her Career Earnings and Properties

How Much Is Katherine McNamara's Net Worth? Know Her Career Earnings and Properties The American actress Katherine McNamara, who has been active in the show business since 2007, has been in the spotlight since she reprised the role in the latest sequel to the Maze Runner film series. Out of her steady career, she has also bagged a good fortune in recent years. Moreover, her net worth is also evaluated to be escalating lately.

Until now, McNamara has made numerous films and television appearances of which we will be elaborating in our today's session along with the details of salaries and incomes of McNamara.

Katherine McNamara: Net Worth and Salary

McNamara, who is just 22 years old, has been banking a splendid wealth from her acting career. Her net worth was estimated to be around $3 million in 2017. For her role in the supernatural drama television series Shadowhunters, she had a salary of $140K per episode during the latest season. 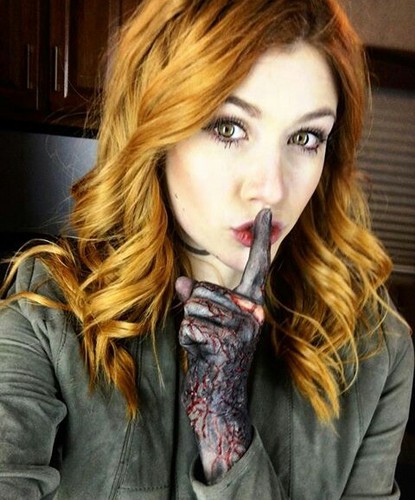 McNamara is the lead actress in the Netflix's series, and she bagged over $1.5 million from its second season last year, which gave a huge lift to her net worth. McNamara's earning is expected to get a boost this year with the release of the third season with 20 episodes.

#ShadowhuntersSeason3 is back with a vengeance. March 20th all Hell breaks loose... Are you ready, Angels? @shadowhunterstv @FreeformTV pic.twitter.com/fJneAkQSZC

She also recently appeared with Dylan O'Brien and Kaya Scodelario in the latest and final installment of Maze Runner in, 2018 for which she got paid around $320K.

She was also in the second part of the trilogy portraying the character Sonya. Well, the 2018 film got a huge critical praise along with a collection of $284 million at the box office against the budget of $62 million.

Furthermore, she is known for her role in the 2014 MTV's comedy series Happyland, which officially got canceled after its eight episode.

McNamara, who grew up in Missouri, is the daughter of former U.S. military personnel Evan McNamara. She moved to Los Angeles when she was sixteen and graduated from Johns Hopkins University studying Masters of Science majoring in Applied Economics. The star of Maze Runner built her acting career starting from the Broadway musical A Little Night Music along with Catherine Zeta-Jones and Angela Lansbury. She made her debut television appearance in the comedy-drama series, Drop Dead Diva. Then she landed doing a role as Myra Santelli in the Disney's original movie, Girl Vs Monster, also starring Olivia Holt.

Stay tuned to Frostsnow for updates on net worth and salary of celebrities as well as their career and lifestyle.

We wish Katherine all the best for her career.