Frostsnow https://frostsnow.com/
Home Gossip How much is Kanye West's Estimated Net Worth? His Career, Award, and Personal Life

Rappers getting rich isn’t a new thing to hear about. And on top of that, we can surely tell that Kanye West is rich. He doesn’t come cheap. He has gained a lot of success in his rapping career. Deep pockets are necessary to pay for the lavish lifestyles of these rappers.

To know more about Kanye West’s net worth, career, award, and his personal life, Read the article.

Kanye Omari West was born on June 8, 1977, in Atlanta, Georgia, U.S. He is an American rapper, singer, songwriter, record producer, fashion designer, and entrepreneur. He is among the most acclaimed musicians of this century. He is the best-selling artists of all time.

Kanye West is currently married to Kim Kardashian. They got married in October 2013 and tied the knot on May 24, 2014, at Fort di Belvedere in Florence, Italy. The couple has two children, daughter North “Nori” West and son Saint West. The couple's high-profile status and respective careers have resulted in their relationship becoming subject to heavy media coverage.

He has sold more than 32 million albums and 100 million digital downloads worldwide.  He has won a total of 21 Grammy Awards, making him one of the most-awarded artists of all time and the most Grammy-awarded artist to have debuted in the 21st century. 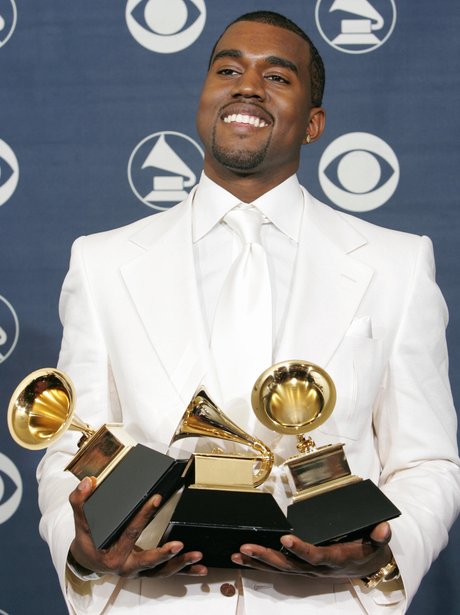 Kanye West has a list of hit albums in his pocket such as The Life of Pablo, Yeezus, Graduation, The College Dropout and Watch the Throne. He has collaborated with many artists in his albums. Not just the music, he also rules in the shoe world with his Yeezy shoe collection.

Know about Taylor Swift slamming Kanye West on her song.

You may have known how much he has earned from his music. Well, his net worth is $145 million. With so much money comes a list of lavish and expensive cars. Some of the cars in his collection include Mercedes-Benz SLR, Lamborghini Aventador, Lamborghini Gallardo, and many more. Kanye West with his Lamborghini

Kanye and Kim have also recently moved to their new house located in the Hidden Hills with a price tag of whopping $20 million. They bought this house to keep away their children from paparazzi mostly.

While waiting to move in, they've been living in their 9,000-square-foot Bel-Air, Calif., mansion, which they purchased for $11 million in 2013 and spent more than $2 million.

With this growth rate of his wealth, we can surely say that he will live his lavish life in his upcoming days as well.

CNN analyst Bob Beckel still resenting Fox network for releasing him while on a medical leave?