Frostsnow https://frostsnow.com/
Home Gossip How Much Is Fashion Designer Neeta Lulla's Net Worth? Details on Her Career & Achievement Neeta Lulla is the heart of Indian costume designing and fashion world. Having been working for two decades now, Neeta has successfully established her self in Indian's fashion world. She has been designing clothes for many celebrities for years. Having worked as a designer for numerous movies, she is famous for her uniqueness.

No wonder with her hard work and growing popularity, she has accumulated jaw-dropping net worth. Well, to find more about her stay with us because today we are going to give you exclusive information about her net worth and achievements.

As it is said, hard-work can invalidate impossibilities. Well, the queen of Costume design Neeta Lulla has proved it every time, and her hard work has paid her well in terms of money. Today Neeta is one of the most popular fashion icon as well as the trendsetter for millions of people. Her dress up sense and the way she presents herself has always been unique among all.

She debuted almost 26 years ago and has been working for Indian Flims, most prominent stars and may well-known Directors. 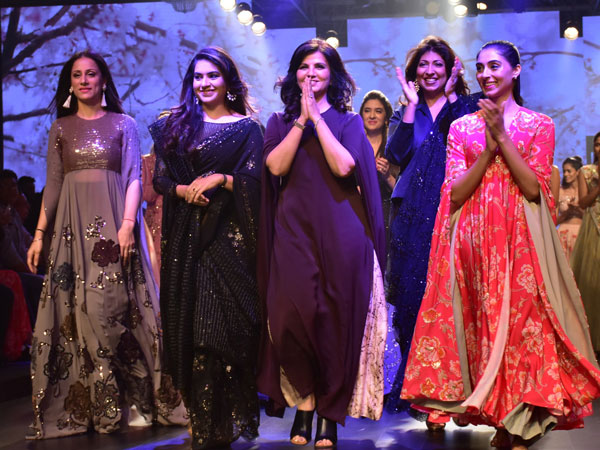 Neeta has even worked on over 300 films in more than seven languages in Indian and International cinema.

She also has showcased her work almost in all premier fashion weeks in India and some of the most significant international fashion weeks as well. Opening her fashion school named WWI-Neeta Lulla School of Fashion in association with Subash Giri has been one of her biggest achievements.

Well, there is no doubt that Neeta adds dollars to her account day after day. With her outstanding professional career, she is living a lavish lifestyle.

Lulla started her career as an assistant of the former leading fashion choreographer, Jeanne Naorji. Moreover, she has also worked as a designer in the Bollywood movie, 'Tamasha.

The simple yet elegant look of the Bollywood actress Sridevi in Lamhe won the heart of the audience, and ever since her journey in the fashion industry has been flourishing.

With her hard work and dedication, she has won many prestigious awards. She won National Film Awards for Best Costume Design for movies like Balgandharva, Jodha Akbar, Devdas. She is also the holder of awards like IIFA Best Costume Design Award, Kingfisher Fashion Award 2005 for her Contribution to Fashion. Well, Neeta Lulla has successfully established herself and has never failed to amaze us with her talent. Let's hope in coming days we will get to see more of it. Eniko Parrish married Kevin Hart in 2016. Find out the dating rumors and children Hollywood Actress Liv Tyler's Net Worth And Lifestyle: Know All About Her Professional Life