Frostsnow https://frostsnow.com/
Home Gossip How Much is Dave Annable Net Worth? Know about his Career and Award

How Much is Dave Annable Net Worth? Know about his Career and Award

Living an extravagant luxurious life and spending millions of dollars on vacations by the celebrities, we have seen it all. You, of course, know how much money they make, it's huge, yet only a few know how hard it was to get to this point. One has to entirely devote themselves to their work to reach such a peak of success.

Likewise, the actor who starred in the 2017 action thriller movie Armed Response along with the WWE Superstar Seth Rollins and Anne Heche, Dave Annable is one of the successful kinds in the industry. Within the journey of twelve years in the dense fog of fame and name, the actor has managed to make a heavy bank balance giving many hits to his name.

Find more about Dave's net worth, career, and awards here in Frostsnow.

Dave Annable Net Worth and Career

Suffern, New York-born Dave didn't get an early start in the industry. The 37-year old actor debuted with an episode of the famous TV series Third Watch on NBC at the age of 22. He is now one of the widely-renowned actors of the Tinseltown.

Also Read Dave Annable and his wife Odette Annable living happily as they enjoy parenthood for the first time. 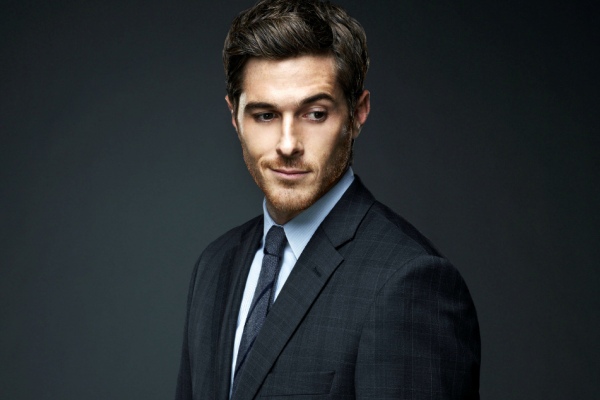 As per some sources, Brothers & Sisters was the turning point in his career as he has earned more than half of his fortune in the early stage of his career with that show.

Along with the TV shows, Dave has starred in a total of four big screen projects such as Little Black Book (2004), You May Not Kiss the Bride (2011), What's Your Number (2011) and Armed Response (2017). Among which "What's Your Number" is the highest grossing movie of the actor till the date.

Check out the total collection of two of his hit movies in the table below.

From 2016, Dave has starred in the famous American sitcom The Mick on Fox Channel.

So excited to be a part of something I'm such a fan of! This show is hilarious. Humbled. Watch tonight on @foxtv at 8:30/7:30c @themickfox

Along with TV shows and films, Dave makes money doing endorsements and ads. Though the current data of Dave's net worth hasn't been revealed yet, as per CelebrityNetWorth, the actor had a net worth of $1.5 million as of 2012.

Dave has appeared in commercials for some of the famous brands such as Mountain Dew, Starburst, and Abercrombie &Fitch.

In 2008, Dave won the Prism Award Performance in a Drama Series Multi-Episode Storyline for his performance in Brothers & Sisters.

Born and raised in a small village of New York, Walden, Dave had a normal childhood like most of the kids. With years of dedication and hardship, the actor has managed a luxurious lifestyle now.

The Armed Response actor Dave with his gorgeous wife Odette Annable and the former 44th President of U.S.A. Barack Obama

As per Taddlr, Dave currently lives in an apart in Los Angeles, California with his wife Odette Annable and his only child, a daughter, Charlie Mae born on September 7, 2015.

Besides this, the actor hasn't revealed much of his lifestyle out of the silver screen such as his vehicles and house.

However, as per EngagementRingBible, the Brothers & Sister star gifted a platinum ring with the diamond head of 3.5 carat while proposing his wife Odette in Santa Barbara, California. The cost of the ring is estimated to be around $65,000.

Dave Annable proposed his wife Odette with a platinum ring with the diamond head of 3.5 carat

The actor has a lot on his account, and it is about to get even bigger as he has announced some of the largest projects of his career.

Recently in August, Deadline announced that the Brothers & Sisters star would appear in the lead role along with Gil Birmingham in the new Paramount Yellowstone, which will be aired in the Paramount Network from 2018.

Truly honored to join this incredible cast and somebody who is one of the smartest, fasting rising writer/directors in the business right now, Taylor Sheridan. Yeehaw #yellowstone #cowboyup #kevincostner #lukegrimes #wesbentley #kellyreilly #taylorsheridan

It will be great to catch the actor on TV once again.