Frostsnow https://frostsnow.com/
Home Gossip How Much Is D'Angelo Russell's Net worth? Know About His Salary, Career And Awards

How Much Is D'Angelo Russell's Net worth? Know About His Salary, Career And Awards He is just 21 but already has a net worth in millions. The American professional basketball player D'Angelo Russell who currently plays for the Brooklyn Nets in NBA lives a lavish life that interprets his success and fame all along. Angelo who started his career with his High School Team in 2014 has made a prominent name in sports within few years.

Throwing parties, night outs, riding luxurious vehicles and living in mansions worth millions, the player has earned it all through his successful career as a basketball player.

Check out this: Pro NBA player Alex Caruso Career and Awards; Know his salary and Net Worth.

So, how much does Angelo exactly make? Let's know in detail about his net worth and salary.

D'Angelo Russell Salary and Net Worth

Angelo who discovered his passion for basketball when he was in high school, Montverde Academy, located in Montverde, is the man worth millions. It all started with his career as a professional player beginning in 2015.

Angelo makes most of his fortune with his salary at Brooklyn Nets, and some part of it is added through endorsement.

Earlier to his enrollment with Brooklyn Nets, Angelo played for Los Angles Lakers and was later traded to Nets along with Timofey Mozgov in exchange for Brook Lopez.

The deal was formerly in millions where it was reported that Mozgov owed $48 millions over the next three years and Lopez was reported to make $22.6 million while Angelos earning's wasn't disclosed.

Also, check out the video regarding the deal.

In 2015 Angelo signed a deal with Nike. The professional revealed the news via Twitter on July 17, 2015.

Angelo Russell confirmed his enrollment with Nike via Twitter

Thereby, Angelo joined some other well-known face in NBA such as Kobe Bryant, LeBron James, Kevin Durant and so on.

Also Read: LeBron James's Net worth in 2017: Know About His Career And Awards.

Recently on August 31, Angelo added another BMW to his collection from Pacific BMW.

Want to thank my team at Pacific BMW for taking great care of me. Appreciate you guys! #PacificBMW #Glendale #UltimateDrivingMachine pic.twitter.com/f19AXipwo6

Apart from cars, Angelos is also fond of caps. He seems to be fond of caps as he can be seen wearing caps on many occasions and he spends a lot in caps. Well, everyone has taste in different things!

Picking up some new caps for the season at @neweracap flagship store in NYC pic.twitter.com/N5aQo3PdMv

Angelo makes millions of dollars which is elevating every year. Besides, he also adds a lot to his account through endorsements. His net worth is estimated to be around $2.5 million as of 2017.

Well, his net worth may not be as much as you might have expected but there's no denying that the NBA star is living a lavish lifestyle.

Born in Lousiville, Kentucky on February 23, Angelo started playing professional basketball with his High School team Montverde Academy in 2014, where he was a key player credited for winning back-to-back High School National Tournament. 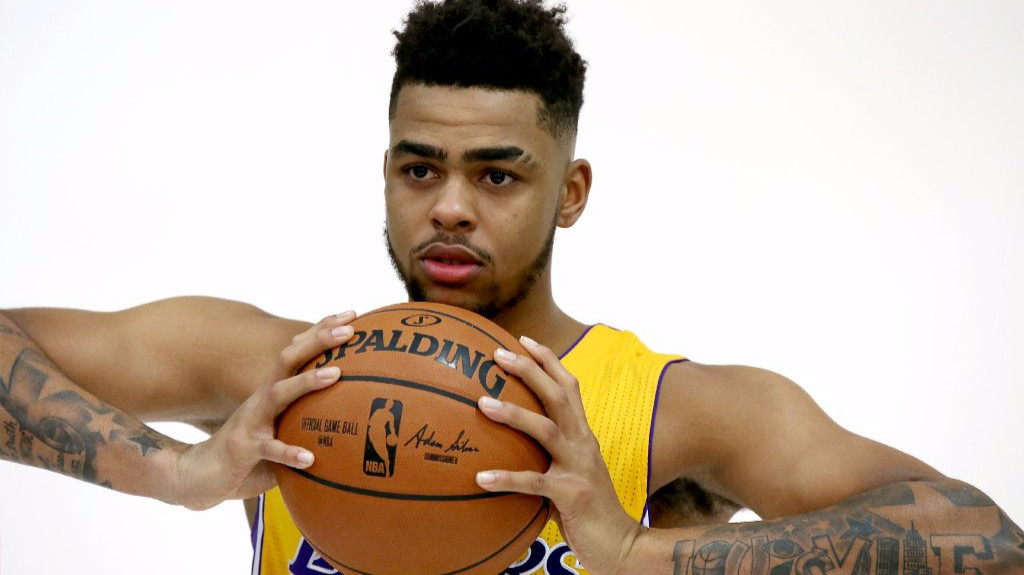 Angelo later played college basketball for the Ohio State Buckeyes until he was selected in the 2015 NBA draft by the Los Angeles Lakers as the second overall pick up.

In his nearly three years long career in NBA, Angelo has been awarded many recognizable awards.

Angelo has achieved a lot just within three years of his career in NBA.

Let's wish him further success in the future.

Television Personality Wendy Williams Earns Well From Her Career, Has a Huge Net Worth