Frostsnow https://frostsnow.com/
Home Gossip How Much Is Brian Welch's Net Worth? Details on His Professional Career and Awards

How Much Is Brian Welch's Net Worth? Details on His Professional Career and Awards Everybody dreams of being a famous artist and become rich. Well, not everyone gets to live this dream. However, the guitarist Brian Welch got to live the life. Brian is also the co-founder of the band “Korn”.

Brian Philip Welch, also known by his stage-name Head, is an American musician. He is also a singer and songwriter but is best recognized as one of the guitarist and co-founder of the nu metal band Korn. He also has worked on his project Love and Death with his fellow guitarist James Shaffer. Read the article to know more about Brian Welch’s net worth and salary.

Brian was born on 19th June 1970 in Harbor City, Los Angeles, California. Welch helped develop the distinctive sound for Korn. A mix of siren-like shards of dissonant guitar. This defined the nu-metal aesthetic beginning in the '90s. However, Welch left the band in 2005 to focus on life as a father, and also his solo career.

Thank you to @russharrington for this awesome photoshoot! Russ is a true pro, you've seen his work before, he's done big stuff, check him out.

When he decided to launch his solo album, he said:

“I knew it was going to be nothing near as big as Korn, but I was proud of it. It's got some heavy riffs and it's got a lot more emotion than I've ever put in music. I'm an emotional guy (and) it was cool to be able to put it in there. It was cool how people were surprised by it. A lot of people thought I was gonna come out with some 'Kumbaya,' Jesus music.”

He mostly earned his wealth as the member of the band “Korn”. Brian and his fellow guitarist Munky are rated 26th in the World’s 100 Greatest Heavy Metal Guitarists. He also founded a record company on 15th March 2008. The company’s artists are distributed by Warner Music Group and Rykodisc.

He also is the innovator of the 7-string guitar named SH-7 EVERTUNE which is available in the market. He also has an event reminder on the website for his fans.

Brian Welch also has a website where he sells his books and products. He has written his T-shirts and music to sell on the website.

Brian Welch's Net worth, and Salary

The band managed to sell more than 50 million copies of records globally. Besides this, he has his solo project which was positioned at number 95 on The Billboard 200 chart.

Brian Welch playing in a concert

You might have known already about how rich he is. Well, the correct number is $10 million. Yes, his net worth is $10 million dollars. His annual salary is equally high. 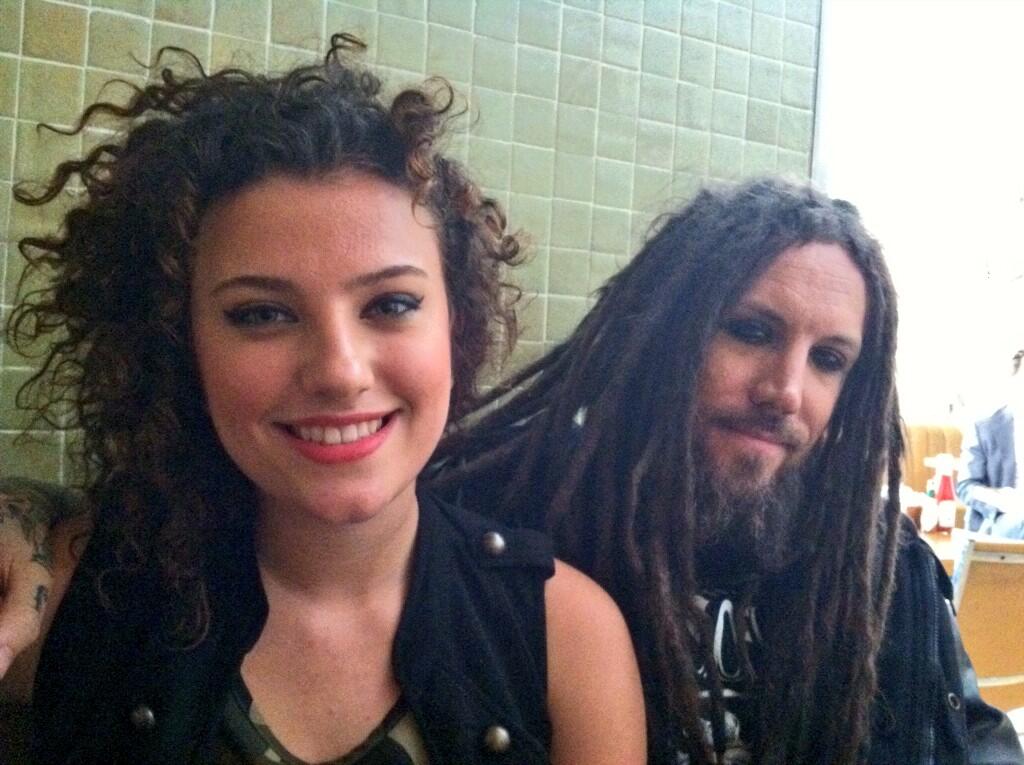 Brian and his daughter after a concert

He will always be a legend in the music industry, and a rich one too. We hope, we will get to see more of his work whether or not with the Korn.