Frostsnow https://frostsnow.com/
Home Gossip How Much is American Actress Olivia Culpo's Net Worth? Explore Her House, Cars and Property

How Much is American Actress Olivia Culpo's Net Worth? Explore Her House, Cars and Property Olivia Frances Culpo a.k.a. Olivia Culpo is a model, beauty queen, actress and TV presenter based in the United States. Best known as the winner of Miss Rhode Island USA 2012, she also was also crowned Miss USA 2012 which later lead to her winning Miss Universe 2012. She is the first representative of USA after Brook Lee to win the title of Miss Universe.

Born on 8th May 1992, the 25-year-old is also well known for her affair with former Disney star Nick Jonas from 2013 to 2015. Nick is notoriously known for his flings with celebrities like Gigi Hadid, Miley Cyrus, Selena Gomez and others. Being one of the most well-known faces in Hollywood, Olivia has an estimated net worth of $500,000.

So, today we are going to discuss Olivia's net worth salary, endorsements, cars, and houses.

Olivia Culpo has an has estimated net worth of $0.6 million as of 2018. Some sources claim that the estimated net worth of the model back in 2012 after she won the title of Miss Universe was $75 million. Well,  the information is not accurate, and neither has she been listed in 2014's Top 10 highest paid models by People with Money as claimed by Mediamass.

Watch Olivia on trailer for The Other Woman

The details about the model's monthly and yearly salary are not known. However, her primary source of income is her career as a model and actress. Her debut film The Other Woman made a massive $196.78 million worldwide. We are sure that she is paid hundred thousands of dollars for her appearances in films.

Olivia Culpo on ad for Rampage

Apart from films, as a model, she has collaborated with numerous brands like Rampage, L'Oreal, Kipling, Cover Girl which are also a source of income for the model.

Moreover, she has also appeared on the cover of numerous magazines like Mode, Ocean Drive, Show, and others. Recently in 2018, she was also featured in Sports Illustrated Swimsuit Issue.

When it comes to real estate, there is very little information about Olivia Culpo. Her family owns a home in Rhode Island. According to Daily Mail, the family also owns a restaurant called Back 40 in Rhode Island. 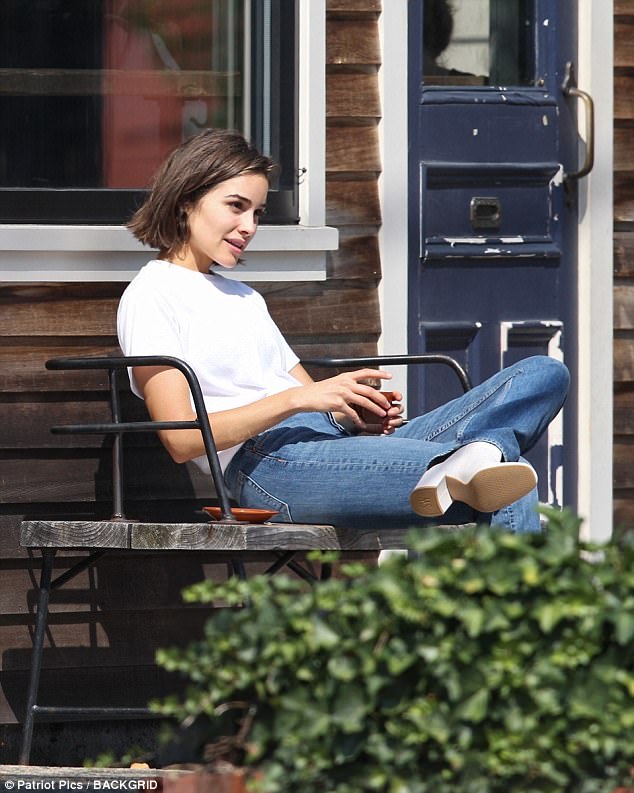 Even though there is no information about her other houses, we are sure that she owns a few houses and apartments in LA and New York.

Moving on to her cars, the gorgeous model frequently drives her black Range Rover and has also been spotted driving a Porshe.

Olivia Culpo getting out of her black Range Rover

Apart from cars and houses, she is indeed a Chanel and Gucci girl as she can be seen flaunting her high-end accessories on her Instagram page.

Boston bound!!! Heading into an arctic blast wish me luck  also #GoPatriots!!!!!! (Some of you asked where this bag is from and I got it off @tradesy )

Moreover, her boyfriend has to be mentioned too. She is currently in a relationship with Danny Amendola, a professional America based football player who has an estimated net worth of $13 million.

Know more about the couple

BABY GOING TO THE #SUPERBOWL  #MVP

The duo has been in a relationship for quite some time now, and with such massive net worth, we are sure that he makes sure his girlfriend gets best of everything.