Frostsnow https://frostsnow.com/
Home Gossip How Much is Adewale Akinnuoye-Agbaje net worth? Know about his source of income and career

How Much is Adewale Akinnuoye-Agbaje net worth? Know about his source of income and career The Hollywood star who still has not been linked with any girl is none other than an actor you may have known from the movie Oz, Adewale Akinnuoye-Agbaje. The media have not been able to figure out why he is still single at the age of 49 although we have information regarding his career and net worth.

Adewale Akinnuoye-Agbaje is a British actor and former fashion model. He is best known for his roles in hit movies like The Mummy Returns, The Bourne Identity, Lost, and Oz.

Let's figure out Adewale's journey in acting line and how much he has earned from his stardom.

A British actor Adewale Akinnuoye-Agbaje struggled in his childhood

London-born actor and model Adewale's is of Nigerian ancestry. He was given to his foster parents who were a white working class family in Tilbury.

While his adoptive parents were struggling to raise him among other ten African children, he was taken back by his biological parents at the age of 8 in Nigeria. 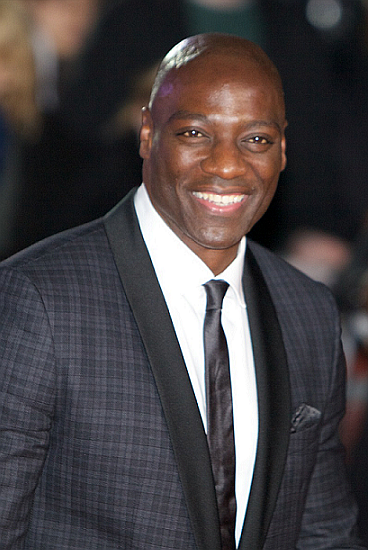 A British Actor and A Fashion Model Adewale Akinnuoye-Agbaje

Adewale then really struggled to adapt to a new environment where he was not allowed to speak English and had to speak native Yoruba language. So he had to face a cultural identity crisis in his teenage period which made him a violent person and became a thief.

Due to this, he once again moved to his foster parents. With a constant turning around in his life, he even tried to commit suicide, hard time for a kid who has to face a social crisis from childhood.

Thank God for Adewale getting over such a hard life. Afterward, he completed a Law degree from King's College London and a Masters in the Law from the University of London.

Let's get to know how did he step into the Hollywood world!

Adewale's journey throughout his acting and modeling profession

It all began while Adewale started working in a clothes shop where he gets to learn about modeling. That was 24 years ago in 1993.

Soon he was called to the Hollywood in 1995 for his debut role in a movie Congo. Along with that, his best roles started to drop one by one as Simon Adebisi in the HBO series Oz, African dictator in The Bourne Identity, and Heavy Duty in G.I. Joe: The Rise Of Cobra.

His every performance started to get appreciated by the public, and he received popularity soon in the movie industry. His another famous role is his portrayal character as Malko in Games Of Thrones earned him excessive recognition.

Check out Adewale's interview where he talks about his struggle during his childhood on The Queen Latifah Show!

Soon he will also be seen as a director. He is directing a movie of his life. Announced by Adewale, he has already chosen cast for his film; actor Damson Idris in a lead role.

Know about Adewale's net worth

6 ft 2-inch tall Akinnuoye-Agbaje is a Nichiren Buddhist and a member of the Soka Gakkai International Buddhist association.

According to various sources, Adewale's net worth has grown significantly in 2017. His current net worth is estimated to be a total of $3 million dollars.

There are no rumors or any controversy regarding his personal life. People questioned a lot about his love life as he has not had any love affair yet, but we love the person just the way he is. He has an outstanding personality and an exceptional acting talent, and he should be judged by his work, not his love life. Best of luck to this hardworking actor. For more updates keep in touch with Frostsnow.