How Much Is Actress Michelle Keegan's Net Worth? Know Her Salary, Career & Awards

Michelle Keegan is an English born actress best known for her portrayal of Tina McIntyre in TV series Coronation Street. She started appearing on the shoe back in 2008 but quit in 2014. At the moment, she is playing the role of the lead character in TV series Our Girl and also as Tina, one of the leading characters in 2017's TV series Tina and Bobby. The actress throughout her career has worked with actors like David Bamber, Lacey Turner, Luke Pasqualino and others.

Born on 3rd June 1987, the 30-year-old is currently married to husband Mark Wright. They are considered the power couple of Hollywood. Talking about money, Michelle has an estimated net worth of GBP 2.7 million, which is around $3.8 million.

Here we are going to share with you some information about the actress' net worth, salary, career, and awards. Continue reading to find out more.

Michelle Keegan net worth and salary

The estimated net worth of actress Michelle Keegan as of 2018 is $3.8 million. However, her net worth was not as high as it is now.

While Keegan appeared on Coronation Street as Tina, the actress had an annual salary of GBP 60,000 which is around $85,000. She was also not allowed to collaborate or work with other companies including clothing lines, and makeup brands. Despite being offered numerous offers, she had to deny them under the terms of her contract with ITV.

Watch Michelle in the trailer of Coronation Street

As she quit the show after six years, she almost hit the jackpot. According to reports, she earned a massive GBP 1 million, i.e., $1.4 million back in 2016-2017 which is sixteen times more than her earning from Coronation Street. Moreover, at the moment, her primary source of income is through her collaboration with Label Lipsy as the face of the high street fashion.

BRAND NEW Naughty or Nice make up pallets available now!! With @revlon_uk let me know which one is YOUR fave!!!!  @revlon #naughtyornice #ad

According to Mirror Online, the actress earned a massive GBP 50,000 ($70,851) just by making public appearances. Additionally, her assets were worth GBP 280,000 that equals $396,000 back when she was playing the role of Tina in Coronation Street.

Also, let us not forget about her massive 5-carat diamond ring worth thousand dollars she sports on her hand all the time.

Watch Michelle in trailer for Our Girl

In 2015, a year after her departure from Coronation Street, she started appearing as the lead character in Ordinary lies. 2016 was a good year for her as she was offered numerous roles which include, Queen Elizabeth I in Drunk History, Corporal Georgie Lane in Our Girl and Ursala in an episode of Plebs.

As of 2017, she appeared as the lead character in Tina and Bobby and in an episode of Drunk History as Mary, the Queen of Scots. 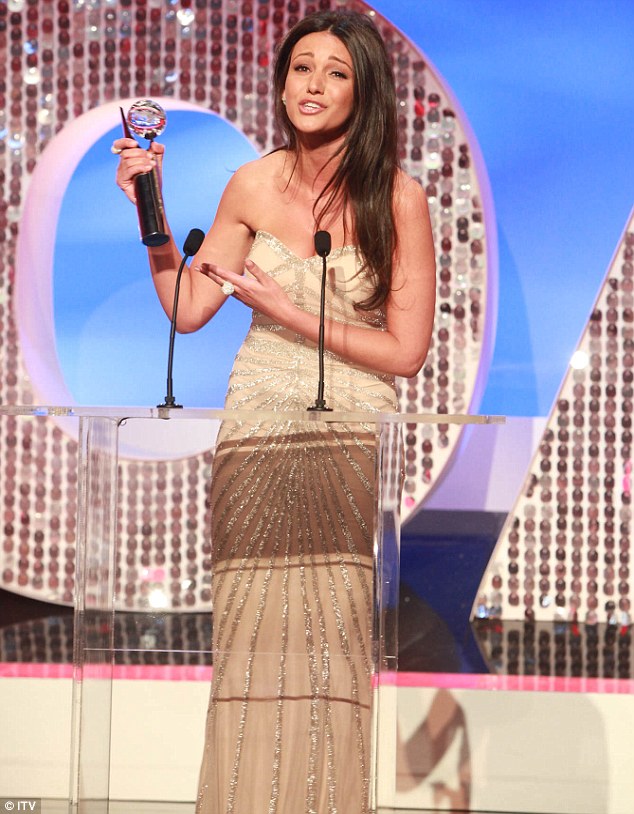 Talking about her awards and achievements, she has won numerous awards most of which are for her portrayal of Tina in Coronation Street. From 2008 to 2014, she has won 7 The British Soap Awards, a TV Choice Award and 5 Inside Soap Awards. In 2015, she also won an FHM Award under category Sexiest Woman in the World.