Frostsnow https://frostsnow.com/
Home Gossip How much does Kelvin Batey earn in a year? What are the sources of his net worth?

How much does Kelvin Batey earn in a year? What are the sources of his net worth?

Kelvin Batey is an Irish lad who has made the whole of United Kingdom proud in the sports of Bicycle Motocross (BMX). The 35 years old athlete, Batey started racing at the young age of 6 at the track of Warsop, England. Since then he has worked very hard and dedicated much of his time in improving his skills in cycling. Let’s take a peek at his net worth and career.

Can you take a guess at his net worth? We have assumed it to be around the seven-digit figure. As we know, he has won many championships including the UCI Masters World Championship. The winner gets a gold medal as a reward and we are pretty sure that he has a collection of those in his compartment. In this sport, the better you are, the more you get paid and Kelvin is one of the best in the game.

BMX riders are paid by their sponsors and you know what, Batey has a lot of sponsors. As of now, his primary sponsor is GET racing and he is co-sponsored by Fox. Before this, he had sponsorship from Haro Bicycles, Intense BMX World Team, Intense Route 55, all of which are reputed companies. It looks like he sure did earn a lot from these sponsors.

He became a professional BMX racer at the age of 16 and competed for Great Britain until 2008 and then he competed for Ireland. In 1997, he participated in his first pro race, Coppull National, and came in the 6th place. Not a start he was expecting but still a good race for him.

It didn’t take long for him to grab hold of his first ever win at pro level. In 1998, he won the Holland European Round-Junior Men Championship and went on to become the Junior Champion. Well, it was the beginning of his era and after that, he just kept on winning every race he competed in.

Kelvin has become the Elite Men British Champion 7 times and won the Elite Men National Champion 6 times. Recently in 2015 he became the Masters World Champion. Last time when he won the Masters World Championship was in 2013.  These are just a few of his victory. Apart from this, he has won many other championships and has named many awards to his name.

His performance attracted a lot of sponsors which has now become his main source of earning. Batey’s first sponsor was Invert Magazine while GT bicycles (European Division) was the sponsor with whom he turned pro. He is currently sponsored by GET Racing. 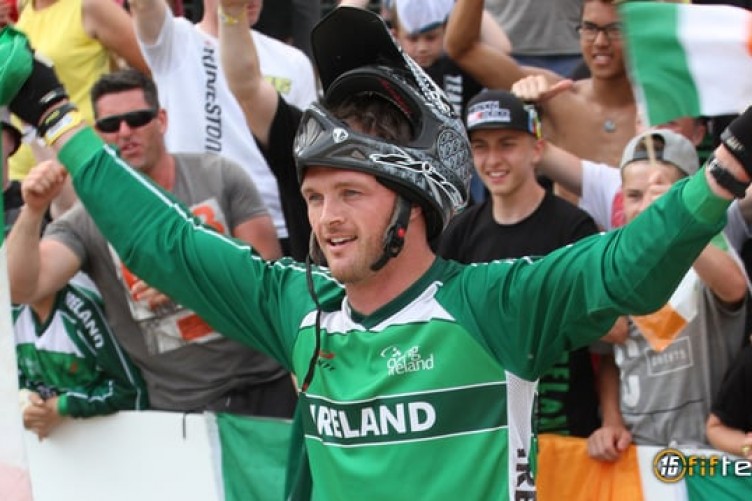 Besides the championship, Kelvin is also a winner of many awards. In 1999 he won the British Cycling BMX Rider of the Year. Again in 2007, he was named South Yorkshire Sports Personality of the Year. He also received Lifetime achievement award with Cycling Ireland in 2014.

Batey this time around also worked very hard to qualify for the 2016 Olympics to make up for the opportunity that he had missed in London 2012 by a single point after he crashed in the final race. But unfortunately, he didn’t qualify this year as well, though he gave it his all.

We wish Batey all the best for his future races and hope he qualifies for the next Olympic.