Frostsnow https://frostsnow.com/
Home Gossip How Much Does Emma Stone Charge for Her Roles: Know Her Salary, Career and Awards

How Much Does Emma Stone Charge for Her Roles: Know Her Salary, Career and Awards Los Angeles based award-winning American actress, glamorous diva and the co-star of Zombieland, Emma Stone(age 29) has managed to garner a massive following and become everyone's favorite. Known for her fantastic portrayal as Eugenia Phelan in the 2011 move The Help, Emma appeared in Forbes Celebrity 100 in 2013 and Time 100 in 2017.

With her ginormous accomplishments, one is left to wonder, how much is her pay? Let's break curiosity bubble by unraveling the mystery.

Walking Towards Success: Her Career

After changing stage names from 'Emily' to 'Riley' to 'Emma', she made her movie debut in the 2007 comedy movie Superbad. A year later, she appeared in the movie named The Rocker.

Her career skyrocketed in 2009, the year she appeared in three different movies. Her breakthrough came in the movie Easy A, a 2010 teen comedy where she played the role of Olive Penderghast. 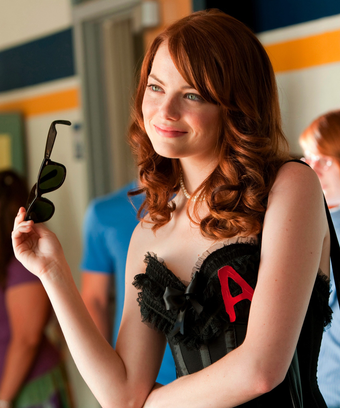 Stone also hosted an episode of NBC's Saturday Night Live in 2010. Later, she made appearances in 2011, 2014 and returned for the 40th anniversary special in 2015. Speaking of NBC, did we mention that she was a part of the  TV series Medium?

Besides, her other movies also include  Crazy, Stupid, Love, The Amazing Spider-Man, Birdman, and 'Irrational Man'. Her movie La La Land grossed around $446.1 million. So far, most of Emma's movies have been well received by the audience. Among them, La La Land is the most popular one.

In addition to her awards, Emma has been nominated 62 times and has secured 5 runner-up positions till now. The stockpile of her awards will undoubtedly increase in the future.

Emma Stone's Net Worth So Far

The Hollywood star banked $26 million in a 12 month period in 2017. Deemed as the world's highest-paid actress, Emma Stone owns a Beverly Hills home that sits at a grand $2.5 million and spans 3800 square feet. It includes four bedrooms, a heated swimming pool, and a temperature controlled wine closet.

Famous celebs such as Clint Eastwood, Jennifer Aniston, and Bob Dylan live in the immediate neighborhood. When it comes to cars, she owns a Mini Cooper and Audi S6. She has also appeared in Revlon commercials. Her 2017 estimated net worth is $28 million.

Regardless of her monetary success, it is evident that Emma Stone has burrowed her way into her fans' hearts with her outstanding work.